At freestyle, for our conceptual unit, we made an experimental film based off of two traits that we pulled in our English class. For me, these two traits were:

The feeling of confusion. through the experience of companionship. This project was meant to as a test to see if we understood the basics of film, and to take risks with the our film making process.

For the conceptual unit, we explored a lot of poetry, and learned how to use the concept of metaphoric language to give our poems another layer of meaning. At freestyle, the excess of this is referred to as “Mushroom Soup”, because of how comparing something to mushroom soup in most cases does not make any sense.

We were given a concept statement to base our photo haiku on. For me, my concept statement was the feeling of confusion through the experience of companionship. I tried to show this by using a silhouette of someone, and showing the confusion of the speaker in the poem, trying to reach out for someone. I thought these two traits could change the typical meaning of companionship, because typically people think of achieving it instead of lacking or longing for it. 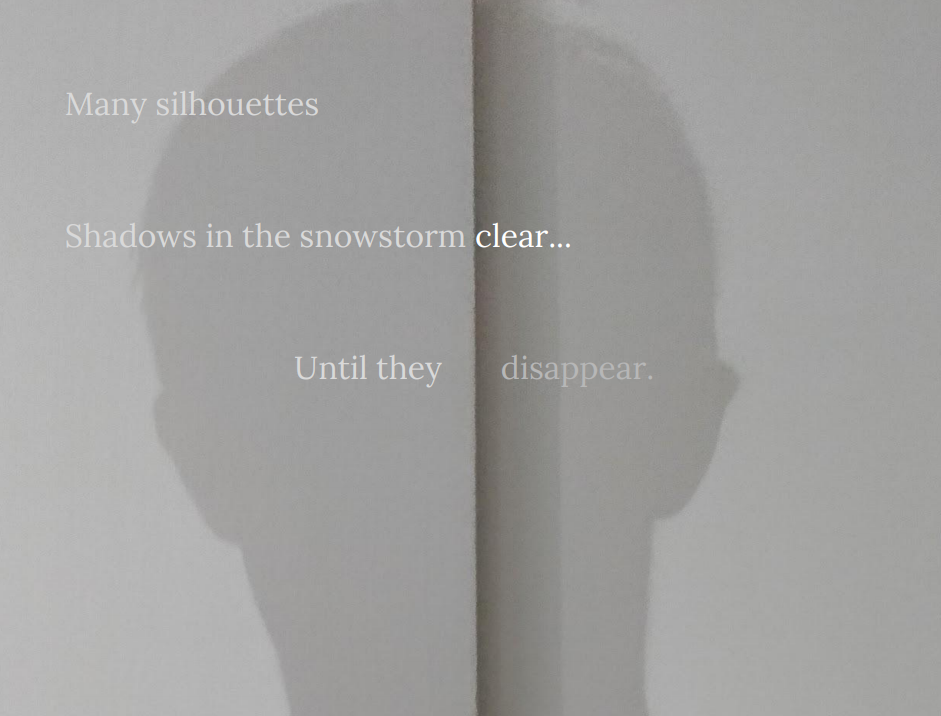 The Poem was also done in video form, with added effects (and a beautiful voice over if I do say so myself).

The format of this poem specifically actually has a pretty interesting concept. The poem starts with a first line, and then one by one everyone in the group writes the next line, only with the knowledge of the line directly above. This creates an interesting poem with some continuity, but also a change that is unpredictable. We voted on which poem was the best, and the one with my starting line won (because I’m so good of course).

For this Honors assignment, we chose a poem in Mark Doty’s Alexandria, to analyze and interpret. For my explication, I chose The ware collection of Glass Flowers and Fruit, Harvard Museum.

The work put into making an image look good makes me appreciate the work it takes to have consumer ready images, ready for websites and other forms of media. Appreciating it also helps me understand it, and understanding how to manipulate photos in post is a very important skill that can be applied to everyday life, such as Instagram.

Before even able to edit the photo in post, it’s our job as artists to make the photo look as good as possible without using any effects or filters. Doing that requires a mastery of 3 different levels that affect how much the camera will be exposed to light. Too little exposure will lead to a dark shot, and too much will lead to a light shot. We manipulate 3 variables in the camera to help adjust our exposure. Our camera aperture, how big the lenses will open up, our shutter speed, how long the camera will stay open, and ISO, a digital technique of brightening the image.

In Digital Media, we learned how to use Photoshop to properly edit our photos, using techniques such as multiplying two images together, or using layers and brushes to manipulate the lighting of the subject. 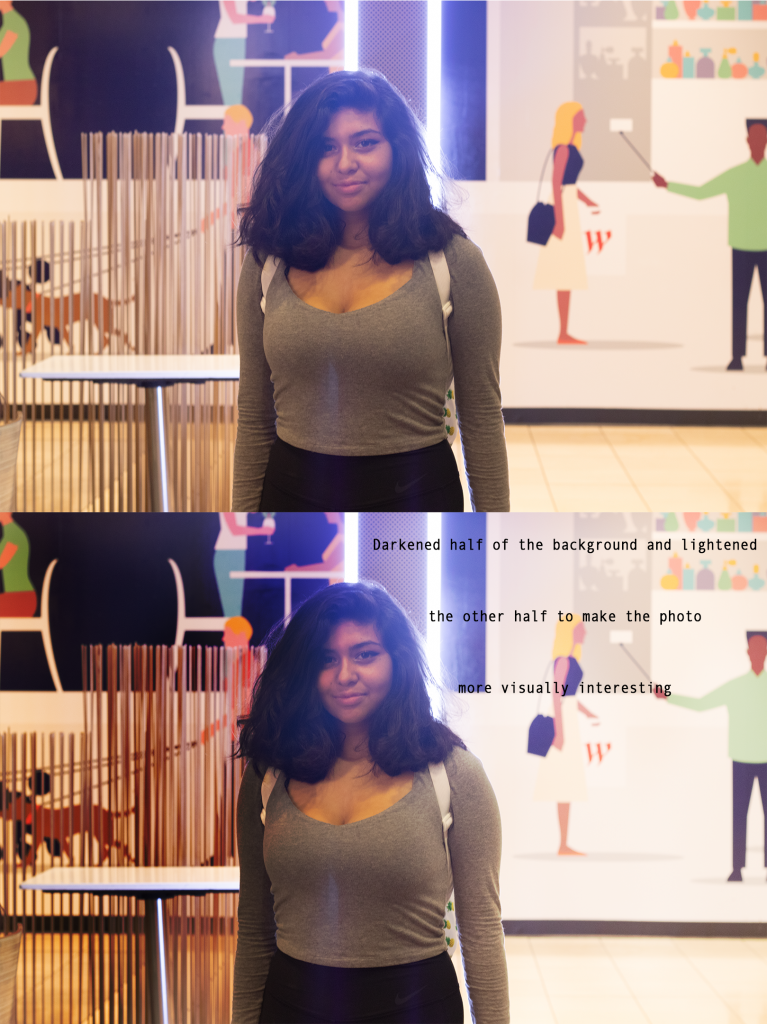 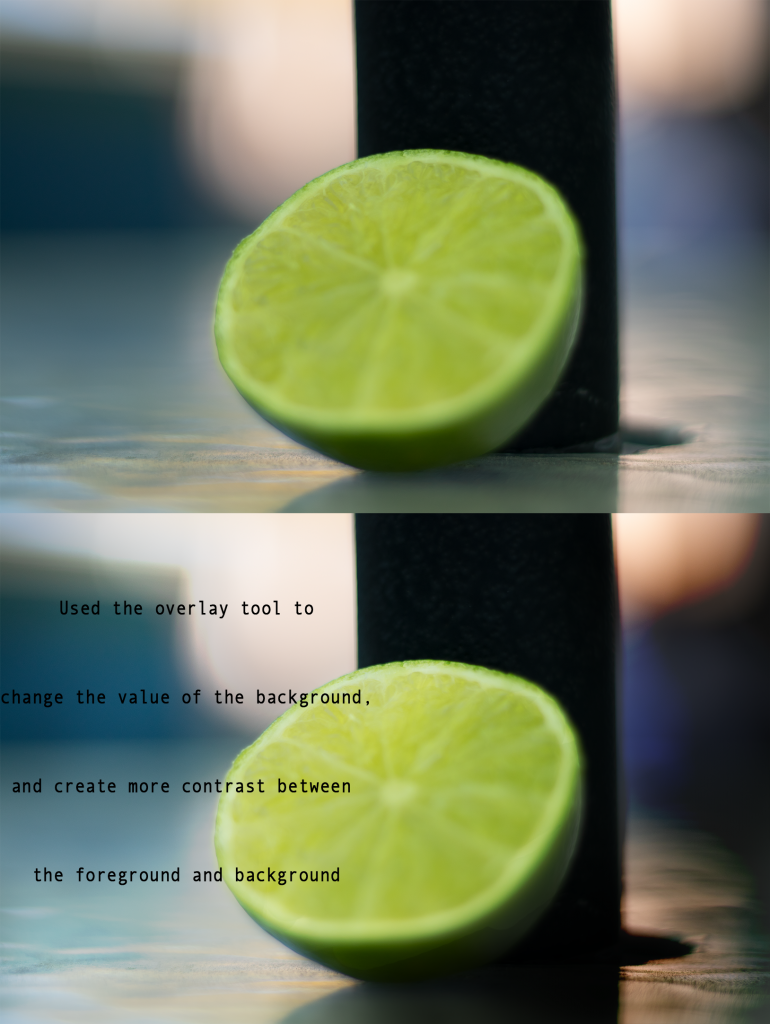 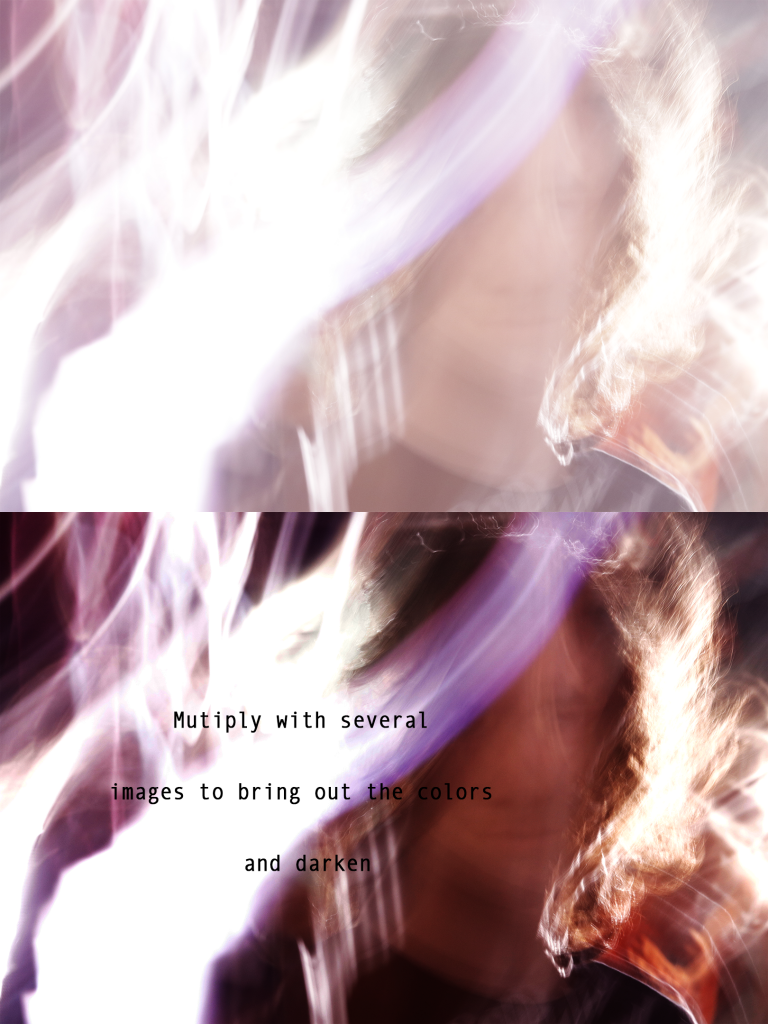