During the Narrative unit, I fabricated multiple stories. For my film class, I created a narrative film. In English, I wrote a really weird and creative story. In digital media, I created an audio version of my story, as well as learned how to create with adobe illustrator. Over this unit, I learned a lot about storytelling and making a compelling story.
In English class, we were asked to write a narrative story. A few weeks prior to the narrative assignment, I had heard of this story of women who nurtured an injured crow. When the crow was better, and she released it, it would follow her around her garden for weeks after. It made me want to explore a story that had to do with crows because they’re such interesting creatures. I wanted the crows to be a side part of the story, so I made the main characters have problems with her father. In digital media, we worked on making an audio version of our story. We had to record ourselves reading our book, and edited it with sound. Having to create an audio version of my story, I learned the importance of sound, and how it can help convey feelings.
the section headers you are seeing were created in Adobe Illustrator. I came up with an idea for each header for my page, and I used a Wacom tablet to draw the images. The first image of the profile, I created because I thought a portrait portrays a narrative pretty well. I created a crow and a tree because my narrative short story took place in the woods, and had a crow in it. I created a cupcake because my narrative film is about cake.
This image shows how I created my illustrations. 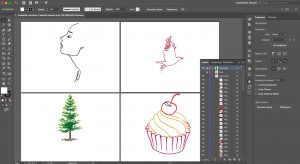 In film, I created a short narrative about a boy trying to find a cake. Something that I found challenging, was that my film was shot in multiple locations, and it took a lot of time to have to relocate and set up multiple times. I learned that a lot of companies are really nice about letting people film in their shops. I also learned that tripods are needed for almost everything because hands are not steady.
In order to practice our skills, we created chase scenes. This is a behind the scenes shot from that. 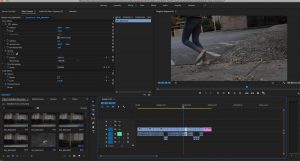 Here is my narrative film

This is a behind the scenes shot from my narrative film 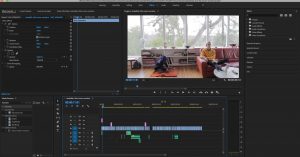