Screenshot of the Adobe Audition

I used Adobe Audition to add sound effects to my short story. 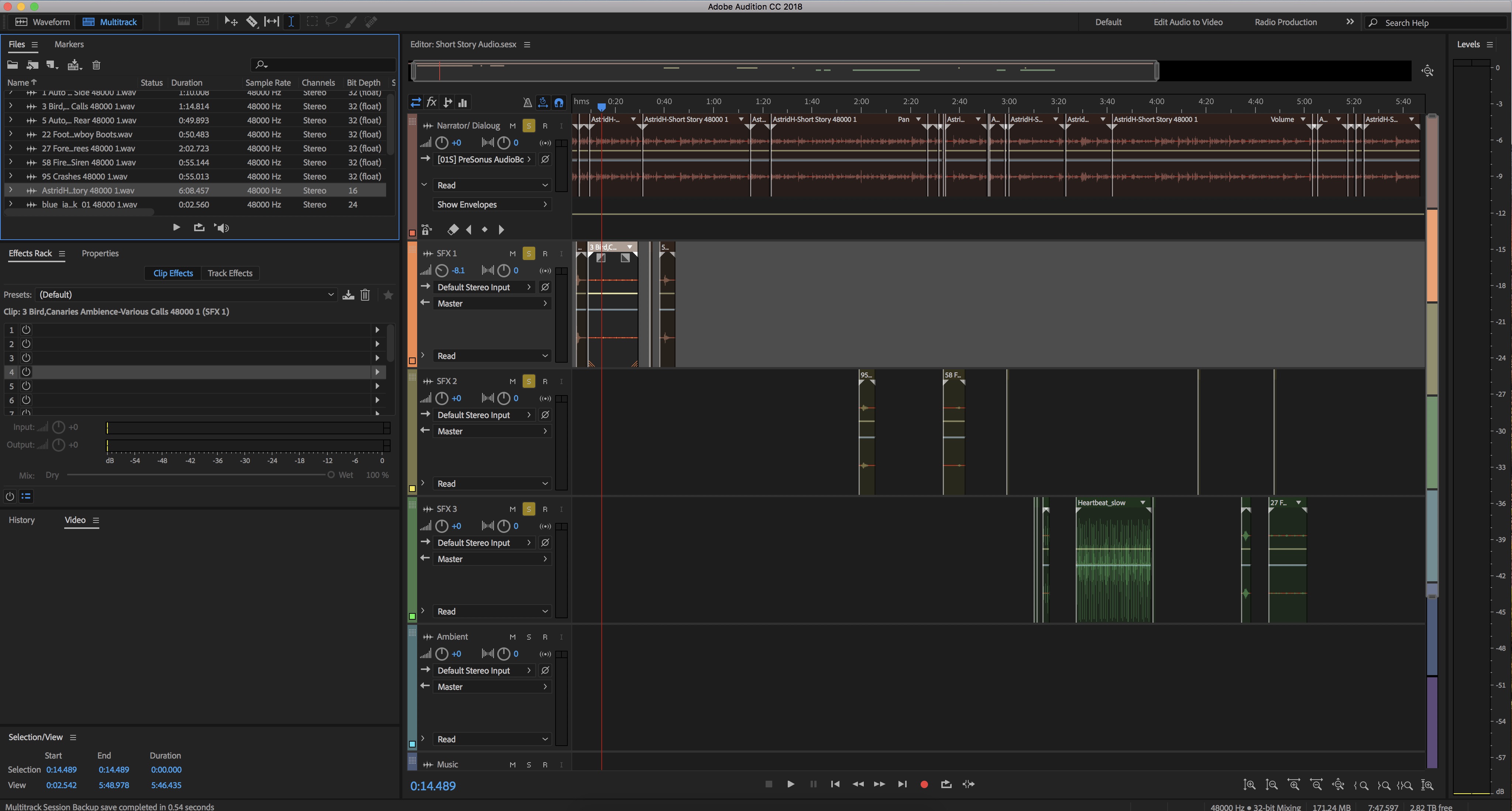 In Adobe Illustrator, I used skills that I’ve learned in both digital media and design to design banners for my website which you are viewing. So each banner has some relationship to it’s respective title.

Screenshot of the things we learned through Illustrator 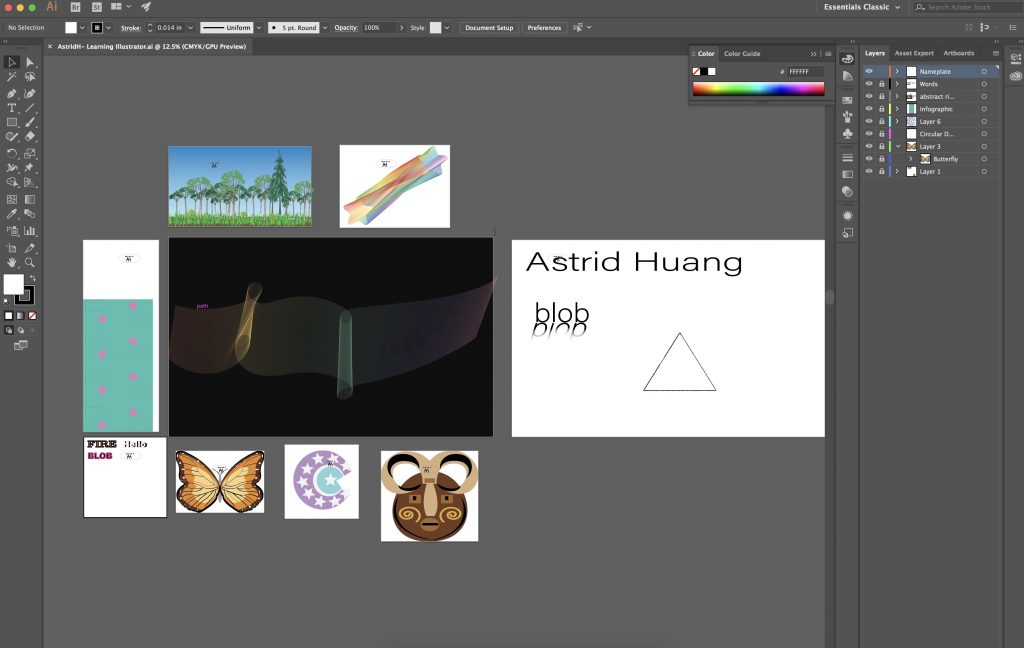 In design, we learned more details about Adobe Illustrator. To create our creature though, we first had to come up with traits of our creatures. From that, we compiled photos of the animals from the internet though Photoshop and we did the same with the background. Then, we traced it all through Adobe Illustrator before choosing color schemes that would fit the mood of the scene. The Pictures that I Complied To Create My Illustration AstridH-Narr_Creature 2 AstridH_BG Screenshot of my Adobe Illustrator 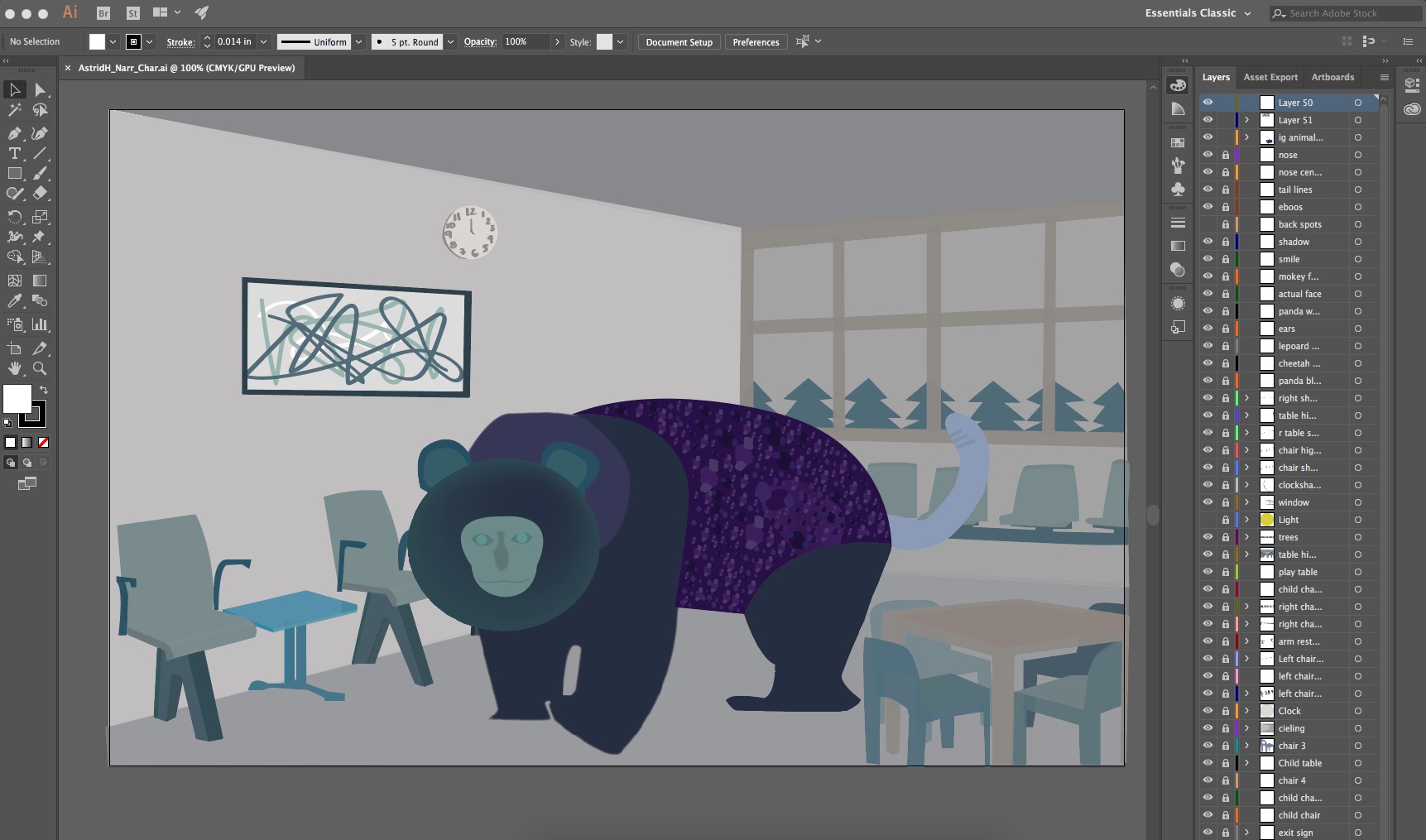 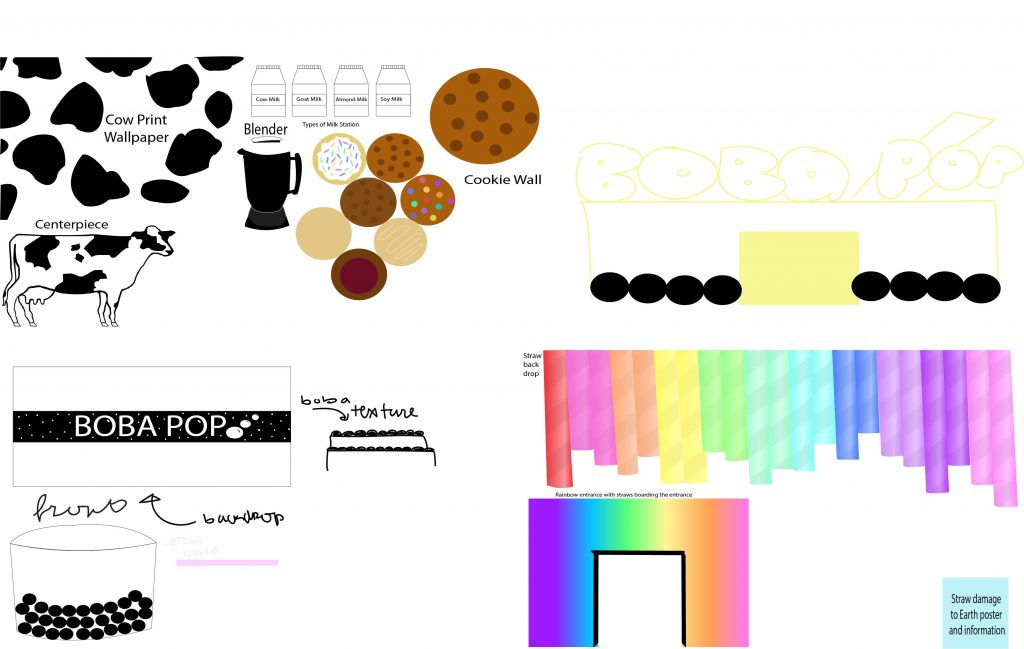 For my personal illustration, I used inspiration from things that I’ve always wanted to do. Something I’d really like to do in the future is to create an interactive museum that people can enjoy and make their days better. I drew out a basic design of some of the rooms that I’d like to one day design more in-depth and produce, life-size. I have a basic exterior design, a milk and cookies room, a rainbow straws room that spreads aware of the use of plastic straws, and a boba pool. Each room is going to be unique.