The Conceptual Project emphasizes taking creative risks through poetry, music, art, animations, experimental film and web production, which challenges us students to express our passion and feelings in a distinct, personal way. We started off developing our technical communication skills by learning a variety of modern professional equipment and applications such as Adobe Photoshop, Adobe Dreamweaver, Adobe Animate, Adobe Premiere Pro, Apple Final Cut Pro, Avid Pro Tools, Autodesk Maya, and Google Apps. Through this project, I was forced to really delve deeper into my creativity, revealing different sides of me. What captivated me about the concept of the project was that it was truly the first time I’ve ever been allowed to have full reign over my creativity in school, which was truly eye-opening.

We were given a concept statement; mine was: “I am experiencing the feeling of sadness through the experience of losing someone important.” Using this we wrote a haiku, eventually constructing a video to go along with it. 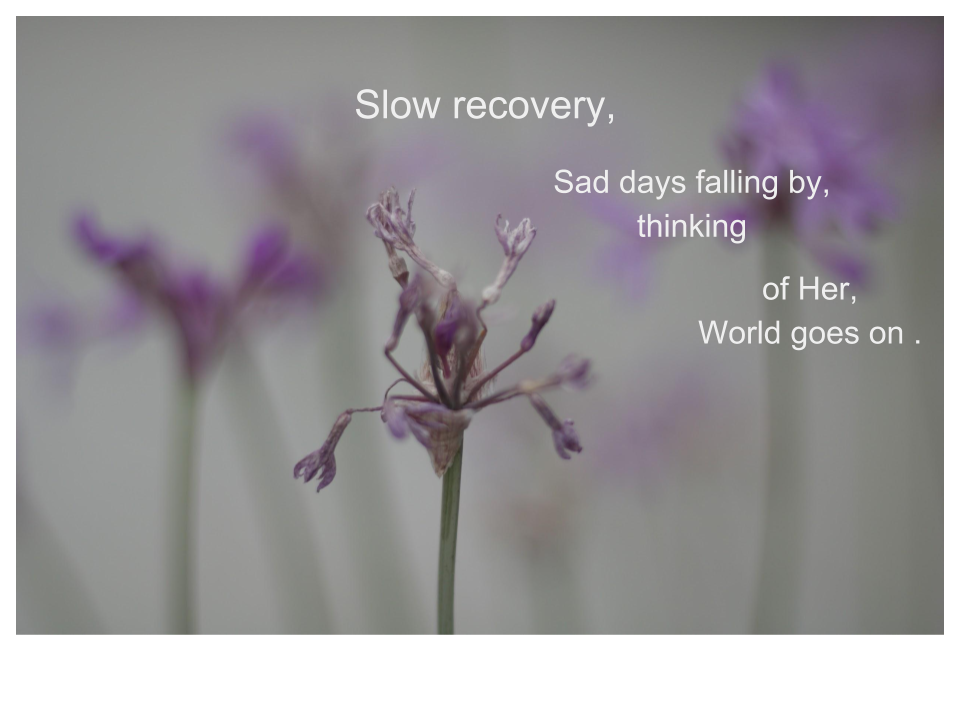 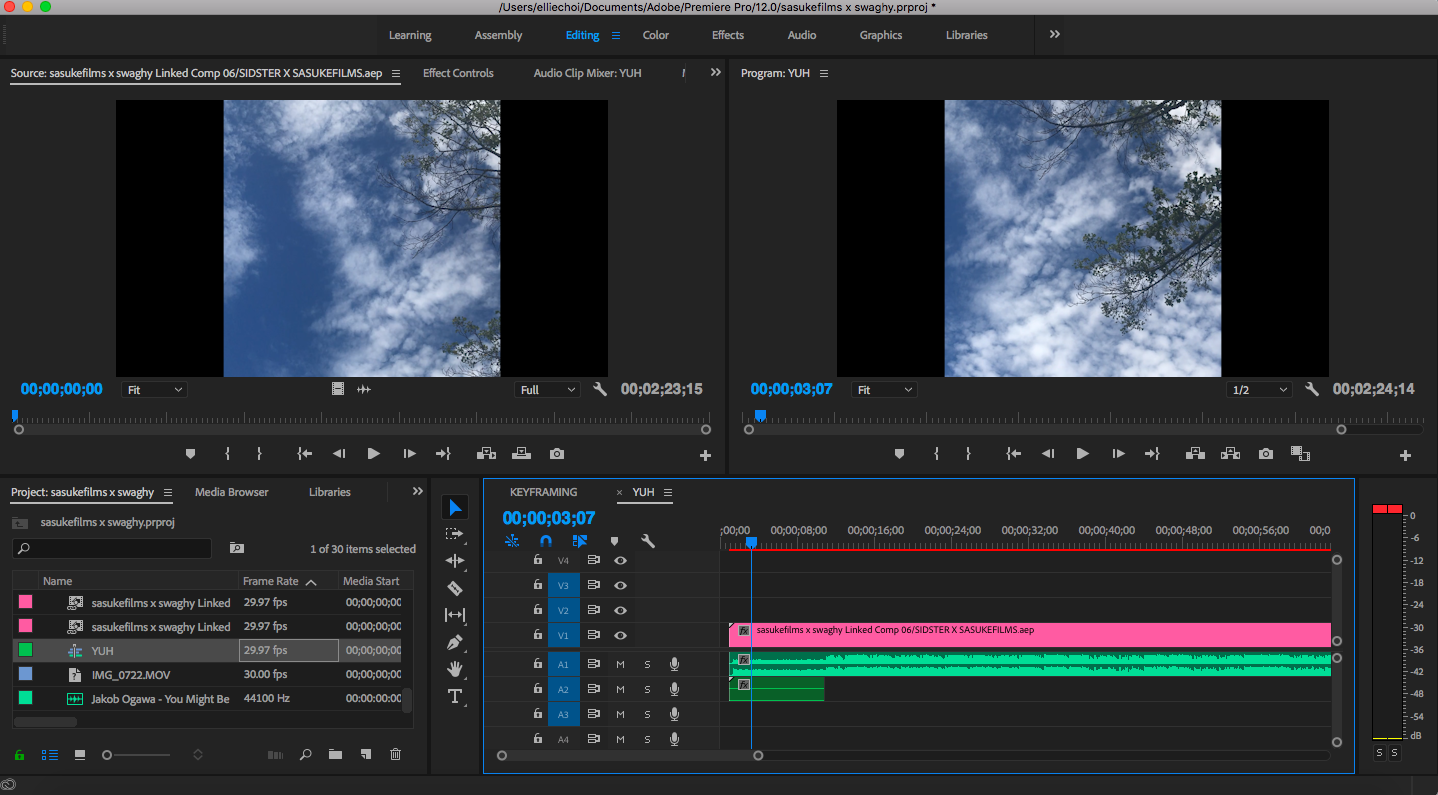 One of the earlier versions of my poem, using Premiere Pro to construct this video 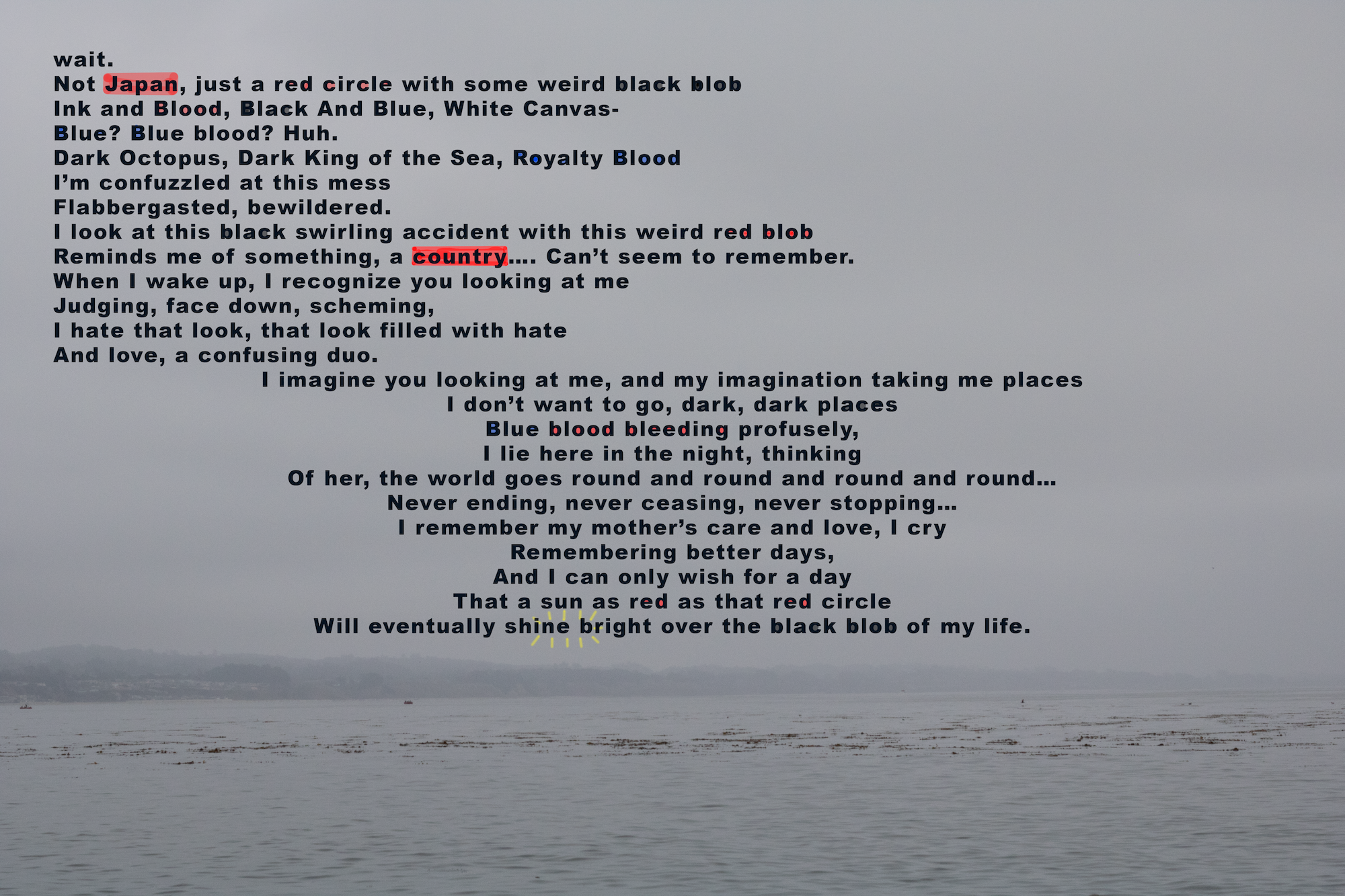 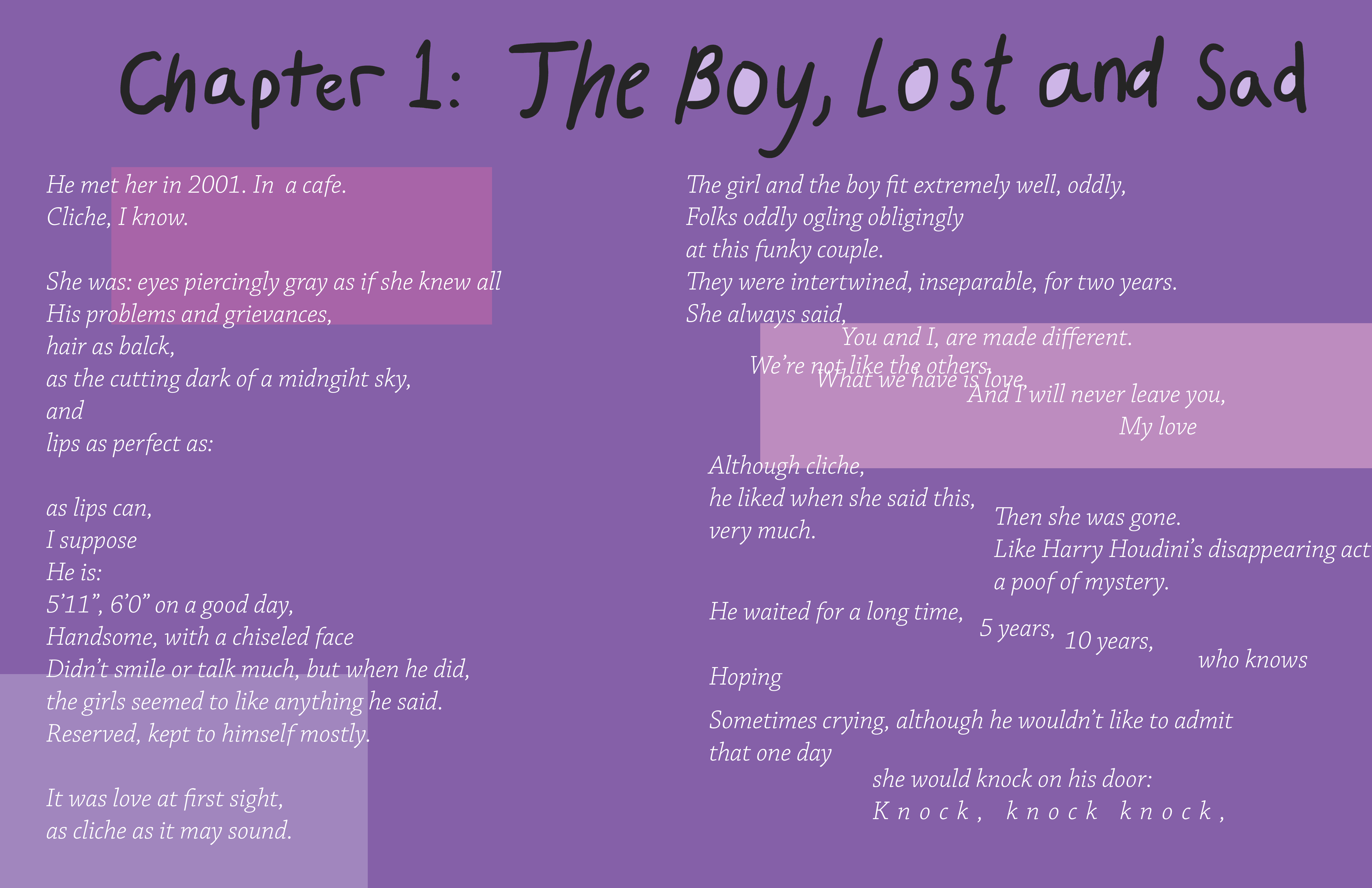 The exquisite corpse poem was a poem in which a student wrote a single line and passed it to the next, only being able to see the line before. The result, surprisingly, was a beautifully constructed poem that flowed from one line to the other. 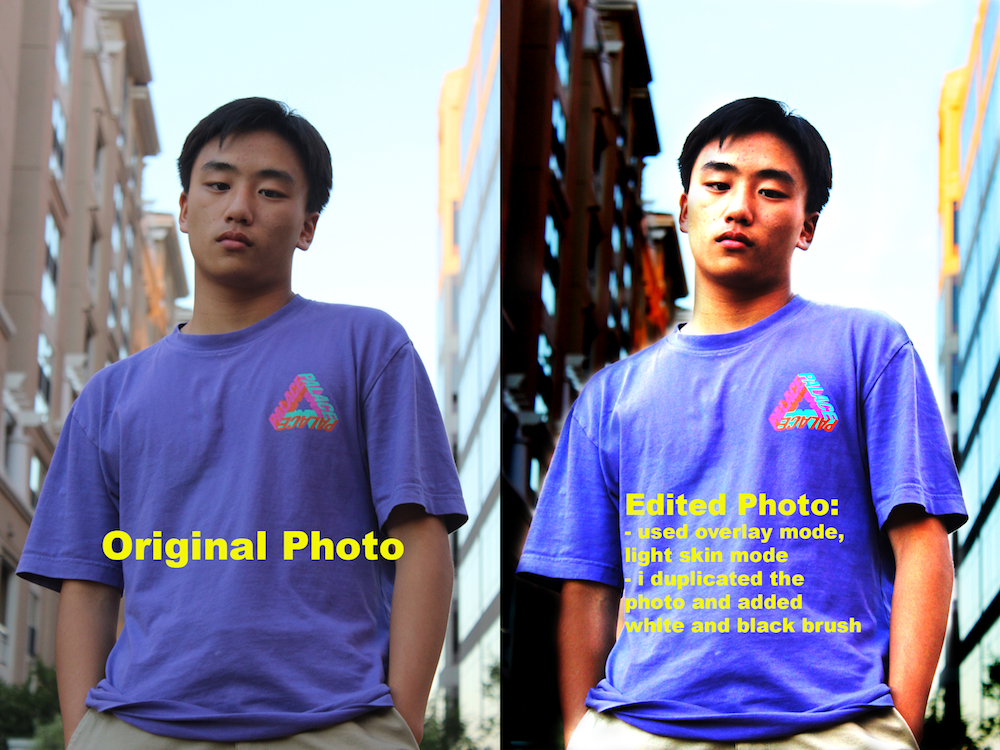 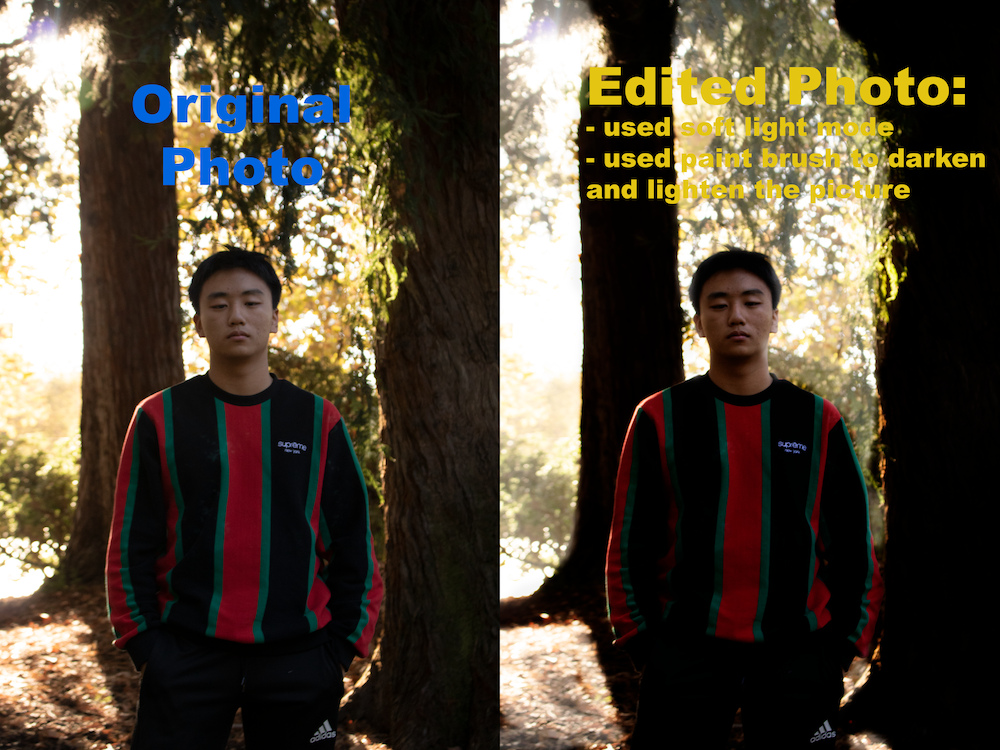 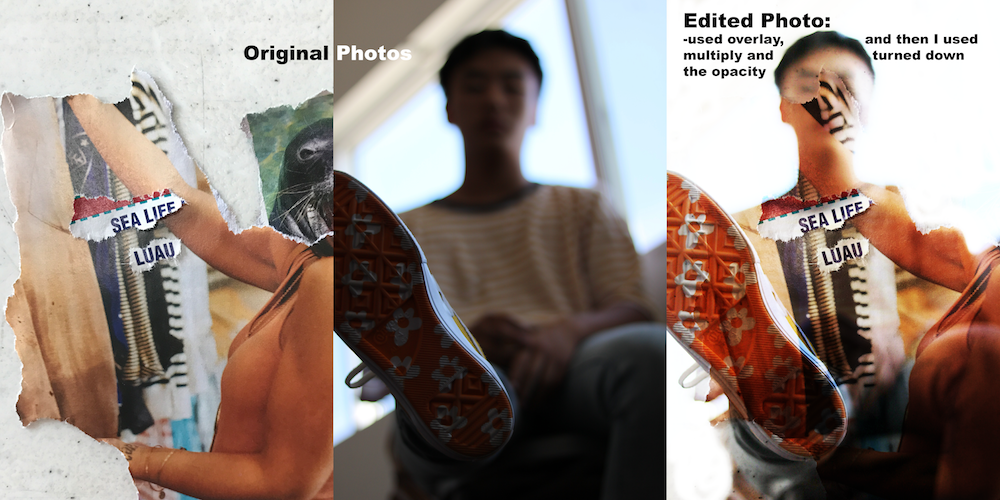 From using blend modes and learning the skills to use a camera, I learned how to enhance photos for a future audience.

A flipbook animation, using 225 sheets of paper and a pencil. We used Dragonframe to construct this video.

This was my first Direct Technique video. The TV represents the “escape” that people attempt to use to escape from brutal reality. Eventually, we are wide awake after the TV consumes us, telling us that “We Have Problems”.

My second Direct Techniques video, which is more a playful, fun animation.