As Freestyle started in the fall, it taught me ti think in a whole other way of thinking and find ways to tackle down problems. A huge thing that I valued was Mr Florendo’s patience when it came to my learning ability. Through the first conceptual I learned to enhance the power of Adobe Photoshop and After Effects.

The first project for freestyle was the Haiku Video. In English class we were pushed to our limits for think and brainstorming ideas of what we experience as juniors in school. I summarized my thoughts into the video below. Enjoy! 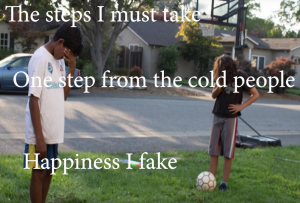 Another assignment we did during this quarter was our exquisite corpse video. This is were as a class, we took individual recordings of ourselves reciting a poem that as a class we put together. Below you will find my work as what I produced.

Here In Design we did a project known as a Macro RAW Photo in which photographed a photo we took and we were to take close up. I applied the “Rocking Method” as it helped my photo to turn out really nice.

One Last assignment in digital media was the poetry in which we recorded two different poems. The open free thought of expression was huge for me in this part of the unit. 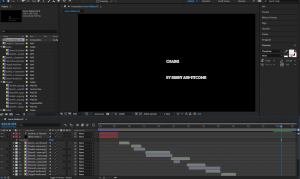 One Last assignment in digital media was the poetry in which we recorded two different poems. The open free thought of expression was huge for me in this part of the unit.

Another assignment we did as juniors was our conceptual project in which we took photos and generated symbolic meaning to the photo itself. My photo clearly depicts a watch and a book resting on a tree. It symbolizes the relationship with mankind to nature and how we as humans can change objects really quickly. The tree could also symbolize the past and the book being the future. 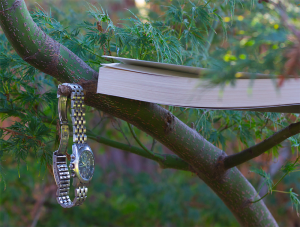