This year in my Narrative Class, I learned to push myself to the next level using new technology such as Adobe Illustrator. While using Illustrator, we were able to develop a good idea and make our English Creature a reality. This also allowed me to help improve my skills as an editor and recorder. When recording my story, it took me many attempts to complete my recordings. These long hours of trial and error helped put my Narrative Project into swing.

During our first semester at Freestyle, we were challenged to think beyond our limits. For our project, we were asked to write a short story with a plot, conflict, and a solution. When starting, we had to find all of this out as it would be important to our project. To find my setting, I took a pin and threw it onto a map. Wherever it landed was where my story would take place. For me, the pin landed on Kazakhstan, so it my location was determined. The rest of my story was easy, such as find a name for my character, etc.

After writing our mystory, I had to record my story into audio which did not take much time. It was hard for me not to loose the tiny chip inside the recording device.

Upon completion of my short story, I used the recording device to express my work into sound. I deeply value using the device as I think it would be very important to use in future projects.

Nazar was your average kid from Traverse City, Michigan. He lived with his parents in a peaceful secluded community in the outskirts of the city. But Nazar never felt like he was part of his family. Not only did he physically look different from his parents, he didn’t look like anyone really. He had black hair and blue eyes with loosely scattered freckles across his face.
He asked his parents, “Why do I look different from everyone else?”
He had plenty of friends but even they knew down inside that he didn’t look like anyone else.
On his 11th birthday, when he learned about his biological parents located in Kazakhstan. Shocked by the facts, he finally understood his childhood history. But as every natural disaster, a hurricane, tsunami, earthquake, tornado, life as a whole returns to normal. During his 11th birthday, his parents promised a trip to meet his biological parents after his high school graduation.They only connection he knew/had of his parents was a small piece of paper with of an address inscribed in Russian. After high school graduation, he was invited to countless parties with his friends he knew since childhood. However, Nazar knew he was supposed to go find his family. The next day, he boarded a plane bound for Astana via London.

The indoor cabin of the Airbus A320-200 was arid and hot with many passengers crammed into 3 by 3 configuration. Towards the back of the plane sat Nazar, scrunched in the middle between an older lady who looked like she was in her mid 70’s and a fat businessman. The plane started to descend. The man had a short beard, and longer curly, black hair. His greasy forehead dripped with sweat. After nibbling on some pretzels, he sneezed which brought Nazar out of his sleep.
“Sorry my friend,” he said in a muffled voice. He peered down at Nazar who was staring at his paper address which by then was smeared with oil and other foods. Nazar gazed into the business man’s eyes with a passive attitude.
“You’re fine,” Nazar mumbled. Suddenly the plane’s descent had reached its climax and the wheels parked against the concrete of the blackened runway. The plane skidded to a halt on the runway and began to taxi around the lanes before coming to a complete stop. Nazar began to stretch with relief has he no longer would have to sit with that man again. As a sky bridge and the grounds crew started to arrive, passengers began to exit the plane in rapid numbers. As he set foot off the plane, the hot blaze of the dry/humid air hit him like a permanent heater. He walked down the stairs feeling fatigued and tired.

After arriving in the terminal, the custom lines were massive, and there were people bustling throughout the airport. Children selling food on sides. While waiting in customs, a little boy came running down the line with freshly cooked shelpek with a elated look. It made Nazar’s stomach roar, but he couldn’t even speak the language of his people. Sadly, he waved the boy away. There he saw the flux of Kazakhstani passports, feeling like he didn’t belong. A wave of despair hit him but he had to keep on going despite the language barrier and other obstacles. When he reached the customs officer, he asked him in Russian for his passport. All Nazar could do was shrug and ask in English. Embarrassed, Nazar handed the agent his passport along with his ticket. He scanned through his ticket and passport. He reached for his stamp and pressed it on the crisp paper.
“благодарю вас” Nazar said (“thank you” was one of the few phrases he knew). He left the airport in a hurry.
Outside out of the airport was worse than the inside. There were hundreds of cars and three wheeled drives along with tour buses. The sidewalk was over crowded with people like a bustling ant colony. He caught the attention of a taxi cab driver and darted into the cab in a hurry. The driver looked through the rear-view mirror and asked “куда? (where to?)” Nazar searched rapidly through his suitcase, the driver looked with disappointment. He gave the paper to the driver and drove away as fast a he could. The small 1 by 2 cab sprinted through the enlarged streets of Astana. In the car, Nazar could see massive skyscrapers along with corporate buildings. The small car arrived in the entrance of a park. The driver helped unload his suitcase and Nazar searched for a few of the newly acquired Tenge and handed the driver the money. The driver speed away in a hurry. The carbon flew into his face and Nazar let out a few coughs. He looked on the back of the paper and saw a photo of his so called biological parents and a X on the middle of a poorly drawn map. There he saw the X was placed on a bridge. Ahead he walked with his goods, venturing deeper into the park.
Nazar at this point was exhausted, tired, and he felt crippled. Here he was in a country he was from and had family living but he didn’t not speak the language of his own. His eyes began to flood with tears as he looked into a puddle with his reflection looking right back at him, just as embarrassed. He stared helplessly at the puddle and asked himself, “Who am I?”
Nazar then gazed at his family photo of this biological parents. His sorrow and anxiety gave in and really started to cry. Hours had passed since his meltdown, as Nazar walked helplessly through the park. Although he did not want to admit it, he was lost. The sun already beginning to set at this point. Most of the local shops and started to close. The live of the park was beginning to die off. Droopy walked Nazar through the park, the paper of his parents stained with tears. Then, he saw a opening with trees and bridge with a clam river. There he saw a bearded man and a old woman with a cloth covering most of her face. Beside them stood a girl with black hair as well. The man glared at him as if he knew him. The Man called to him. Out he yelled “Nazar!” 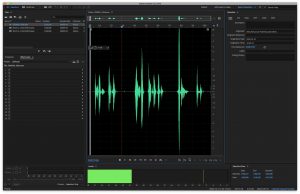 For my Narrative 1 page, my animations were made from Adobe Illustrator based off fictional characters from a card game called Yugioh. The illustration below is a famous athlete Stephen Curry who plays for the Golden State Warriors. Many of the images aren’t related to my short story, simply just objects and characters I thought was worth putting into my website.

My first banner image is of one of my favorite monsters, called Elemental HERO-Neos. He is a really bold character who stands and fights for his freedom. The card is used by the protagonist, Jaden Yuki. He appears in the show Yu-gi-oh GX in which he is the most iconic card of that era. My second Monster of named Destiny HERO-Dusktopia. He is one of the many counterparts to Neos as seen before and through my eyes is a symbol of freedom. He uses his powers to fight anyone who stands in his way. His initial appearance took place in Yu-Gi-Oh Arc-V in which the character who uses this card Aster Phoenix was one of the rivals of Jaden. Ever since the opening of Yu-gi-oh GX, the HERO archetype has been one of the most successful archetypes in the franchise. Then next monster seen on my page is the most iconic monster in the entire franchise and that would be the Dark Magician. I think he is the card and reason why I started playing this game as a past time. His dark robe and mysterious looks portray an unknown past. This is the reason I watched those episodes to uncover it all.

During our 1st and 2nd semester, we were forced to challenge ourselves and think beyond our limits. We were able to learn new applications such as Adobe Dreamweaver and Corel Painter 2019. Through Corel Painter, we learned how to paint objects in a new way that would allow us to create anything.
For this term of Freestyle, not only did we work on digital art, but we worked on physical art itself. We started the year off by learning art color and the whole way to demonstrate balance, repetition, movement, emphasis, unity, proportion and scale. One of our first projects was watercolor, We taught ourselves how to create unity with our paintings. The following images were physical pieces of art that we created in the beginning of the year. 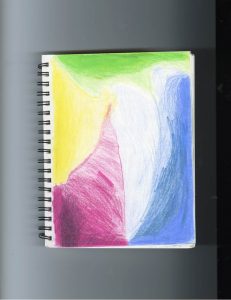 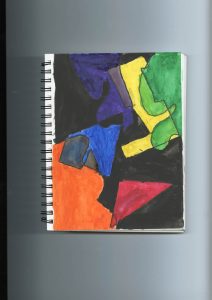 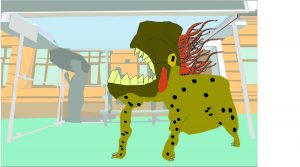 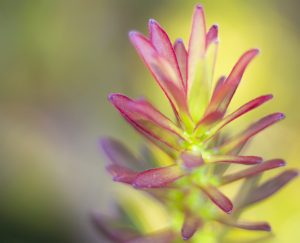 I valued the process of creativity, from conception to completion. I wish to thank my mother for inspiring me to always do my best.