Skip to content
I have had a deep love for stories and comics since a child, in the many many years we’ve spent at school, I have never had the opportunity to truly exercise that love until the visual narrative project. For our narrative unit, we were to write our own stories, incorporating story structure such as the hero’s journey, rising action, climax, etc.In my elective class of choice; animation, we animated a one minute short film. While I have always hoped to produce a short film, the workload meant I didn’t have the opportunity to until now. And I felt I learned a lot about the collaborative process of developing a film and splitting the work between me and my partners.

My elective class was animation. For the narrative unit, we largely used digital means of animating after doing a lot of traditional in the last unit.

Our first assignment for the narrative unit was our mood scene. To create it, we first created two characters to walk across the screen. 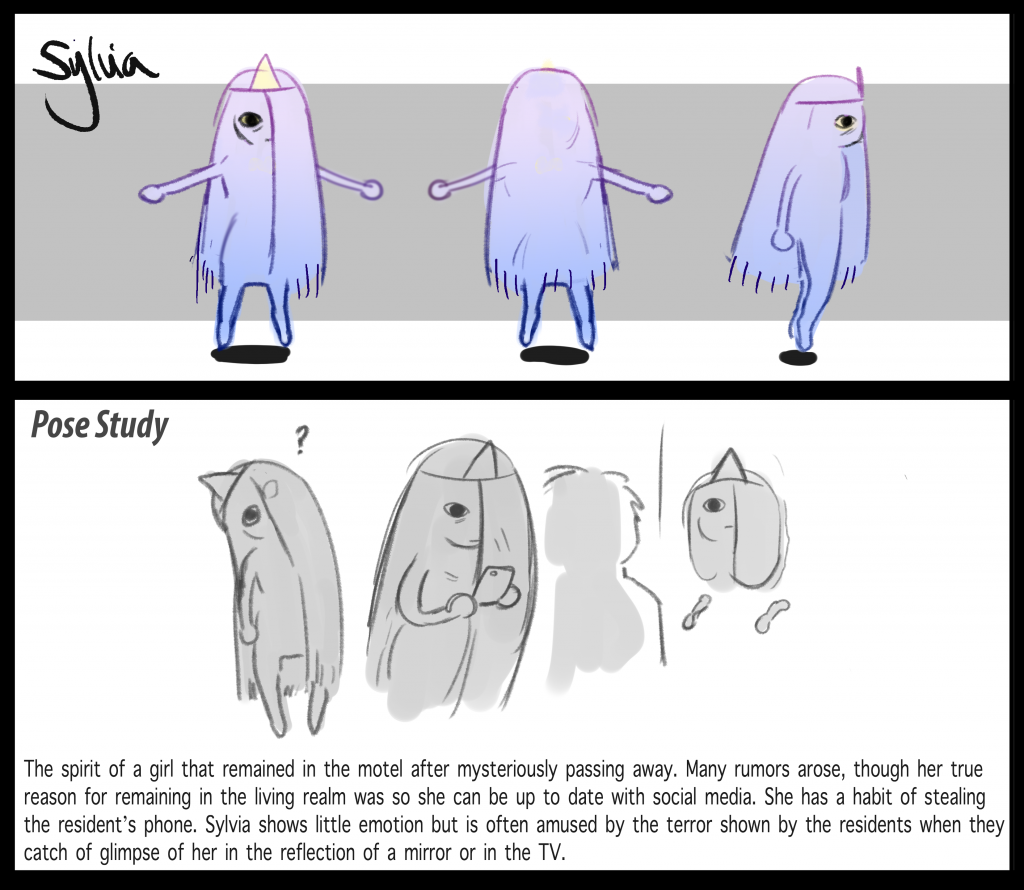 We were to produce a minute or longer animated film, of a short story of our creation. We chose Photoshop to animate the shots, and we pieced it together in After Effects. Due to our 3 weeks deadline, it was a grueling process but a fullfilling one. 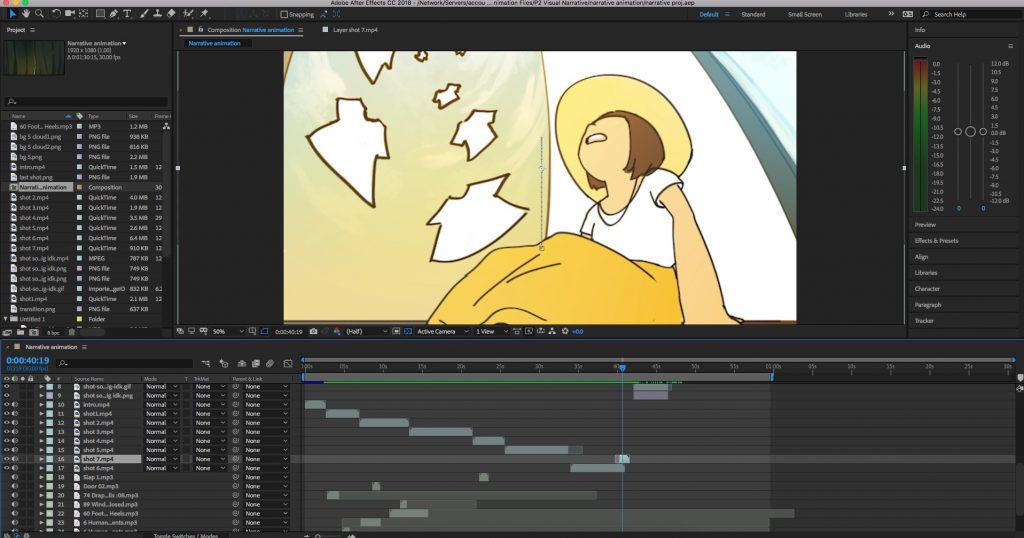 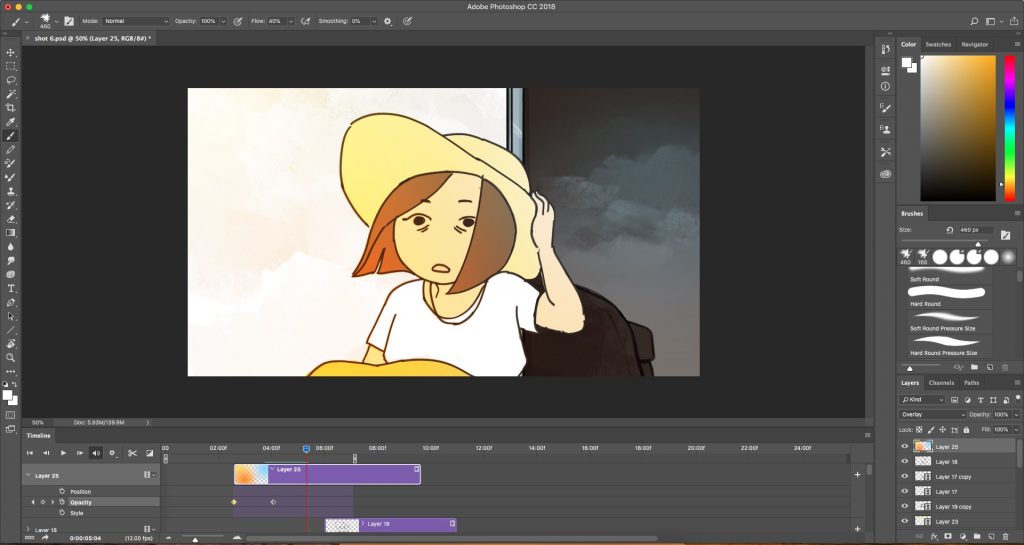 The uppermost image is After Effects, what we used after piecing the clips we animated in Photoshop together (bottom image).

The illustrations I created for this website are mostly done in Photoshop. The site header was an old piece done in 2018, the banners were also done in there. I used one color scheme for continuity.

Here is a piece I created using Illustrator for the patterns, and brushed up in photoshop for more of a textured look. It is made to resemble a Tarot card. 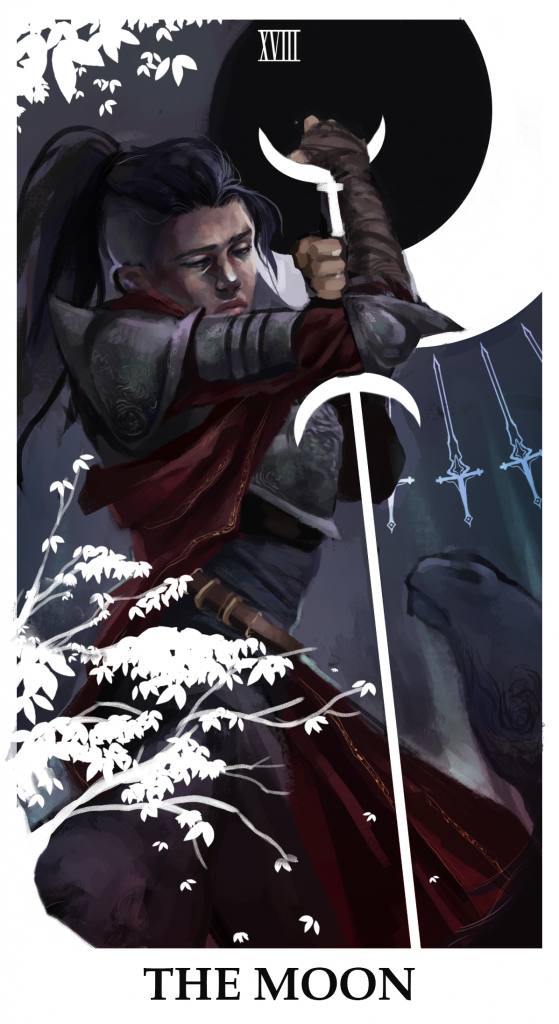 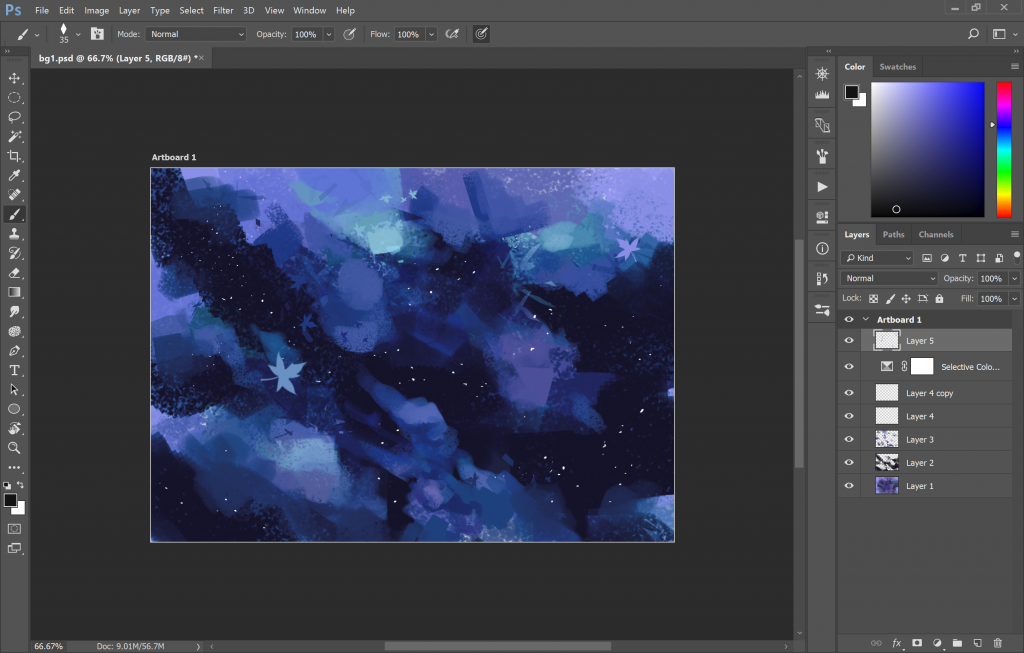 This is a behind the scenes image of the banner done in Photoshop.

For our narrative unit in English, we wrote a short story no longer than 5 pages with our own plot, setting, and characters. We were also to create a believable character arc where they develop in some way. When we first started working on the short story, I was very taken with the deep sea lore of Lovecraftian works and ghost hunting stories involving a team of rambunctious teenagers, such as “Oxenfree”. This became my main inspiration for the short story, but with arguably less fantasy elements.After revisions and writing a final draft, we created an audio version of the story. I first recorded the story, then moved it into Adobe Audition where we added sound effects and ambience to create a more tangible atmosphere. 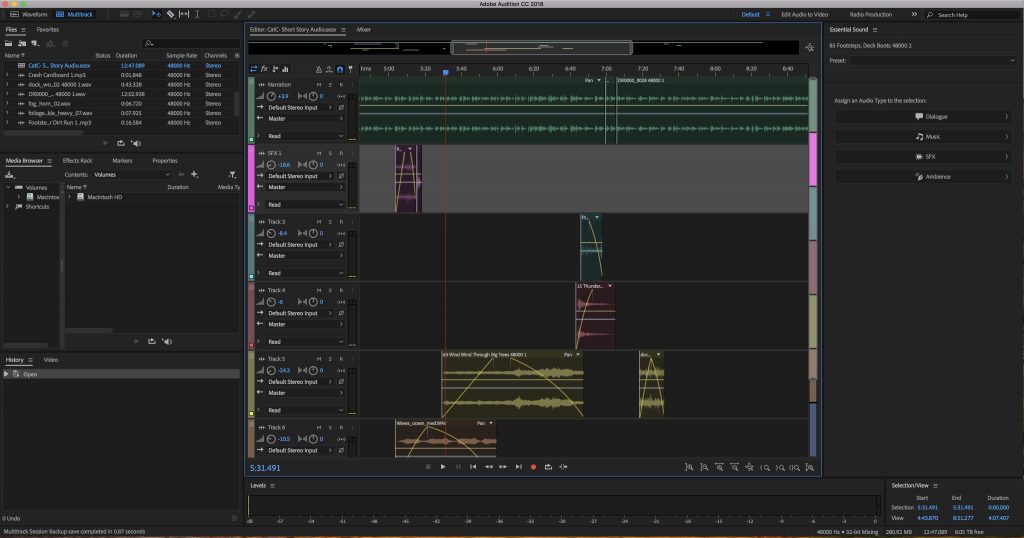 This is a behind the scenes screenshot of my adobe audition file for the short story audio. The uppermost bar of audio is the base recording we did of our voice, and the segmented audio are sound effects and ambience. The lines scoring through them allows them to fade in and fade out.