For the Conceptual Project, Juniors develop their abstract thinking and communication skills to answer the question, “How can I use unconventional forms to express myself?”.

This project was about taking risks through poetry and art to express their views through  distinct personal aesthetic. We learned to use various technologies in this process, such as DSLR cameras and audio recorders, as well as apps such as Photoshop and Premiere Pro.

For this project we had to write a haiku about a conceptual statement we chose at random, mine was ” I am exploring the feeling of curiosity through the experience of speaking up”.  For this haiku, we had to take a photo which metaphorically matched the haiku. 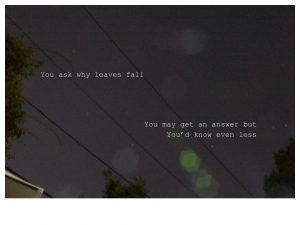 An exquisite corpse poem is a writing exercise in which each person participating writes one line based off of only the line written before. It’s kind of like a game of telephone with more creative freedom. We did this in our English class, each of us recorded our lines afterward, and took photos to match them.

For these photos, we had to use blend modes to make them better. I learned a lot about different types of blend modes, and I feel like I can easily use them for photos outside of class now. I also found learning about DSLR cameras was useful, as it was good to learn what all the modes did and how to take better overall images. 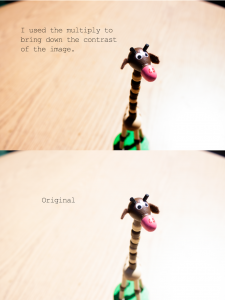 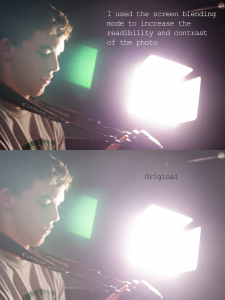 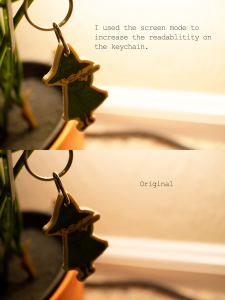 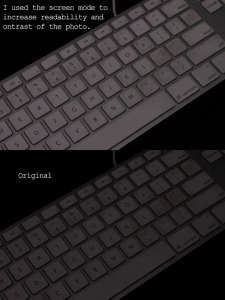 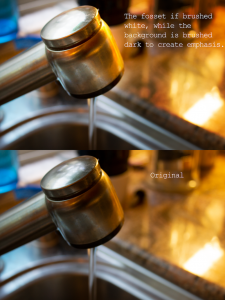 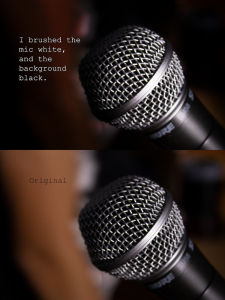 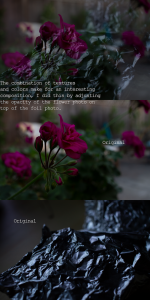 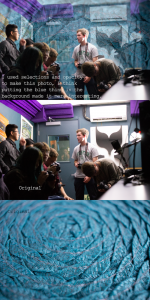 For this assignment we were required to take and edit photos reflecting our conceptual statement. I took the photo using my DSLR and edited the image in Photoshop.

I am exploring the feeling of curiosity through the experience of speaking up. My photo is of a box and a painting.

The box symbolizes curiosity, as not seeing the contents of the box sparks curiosity in the viewer. The painting, on the other hand, symbolizes speaking up. Often art is used to convey a message, and many people express themselves through it. I wanted to create a sense of ambiguity with the lighting, making the image on the darker side. I also highlighted the two objects, to create a sense of emphasis. I placed my objects in way that made it seem that the painting was painted in that setting, and was of the that box. I did this because I wanted the photo to be at least a little grounded in reality, to balance out the extreme lighting taking away from that.

Having the painting be about what could be inside the box conveys curiosity through speaking up, for the painting is more on the abstract side and shows something the outside of the box doesn’t. The lighting also adds to this sense of curiosity, as it is fairly unusual, and it highlights the yellow in a way which peaks curiosity in the viewer. 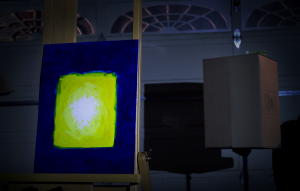 For this assignment we had to take photos using a macro photo lens. We also had to use elements of art and rules of design, such as color and emphasis. I used Photoshop to make the photo brighter, both is value and color. 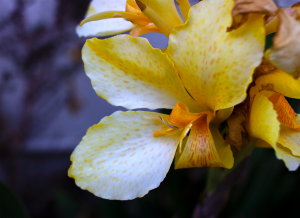 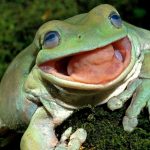