Our first quarter at freestyle was spent focusing on the Conceptual Unit where we would take risks in our creativity through poetry, music, art, animations, and web productions. We were given prompts fo different projects to teach us how we can express ourselves and opinions through our own aesthetic. We developed our technical communication skills by learning how to use professional equipment and applications like DSLR Cameras, Tascam Audio Recorders, Adobe Photoshop, Adobe Animate, Adobe Premier Pro, Adobe After Effects, WordPress, and Google Apps.

This unit was an intense learning point for me. All of these applications and equipment were things I had never used before, so the first time I started with each of these I was overwhelmed with all there seemed to know. I started to realize I was catching on after practicing in class, learning from videos provided by Freestyle, and meeting deadlines for assignments by working at home. Long hours went into each assignment, but I was happy with the outcome. As I said in my introduction, each class at Freestyle is intertwined, they all have something to do with each other, so each application or piece of equipment I started to understand came in handy for a project in another class. Digital media helped me grasp some practice at each application and piece of equipment, animation (after several beginning products) helped me to develop my understanding and skills as an animator in progress, and English helped me to develop a voice for my thoughts and develop a mature understanding for poetry and literature.

In this assignment we pulled an emotion and an experience out of a hat to create our concept statement, which is what the photo haiku would be based off of. I ended up with: “I am exploring the feeling of defensiveness through the experience of dancing”. Through this, I developed my Haiku. Eventually, I added music and fade ins/outs, text, and a photo in Premier Pro.

Creating this production in Premier Pro

This was the first project where I had to piece things together from different classes to create one final production. Premier Pro looks really confusing– and it is, but I quickly learned that everything has a purpose and is understandable in relation to what you are trying to achieve. In english, I felt a little uneasy by my somewhat odd concept statement, but I realized I needed those boundaries and prompts in order to create something I never would normally have come up with.

Link to my page about my Intention Statement

An Ekphrastic poem is a poem written in response to a piece of art. All the students at Freestyle and I went on a field trip to the Museum of Modern Art in San Francisco to get inspired as to what art piece we might want to write a poem on. I chose the painting “Geoffrey Hendricks and Brian” by Alice Neel, and I created this poem. 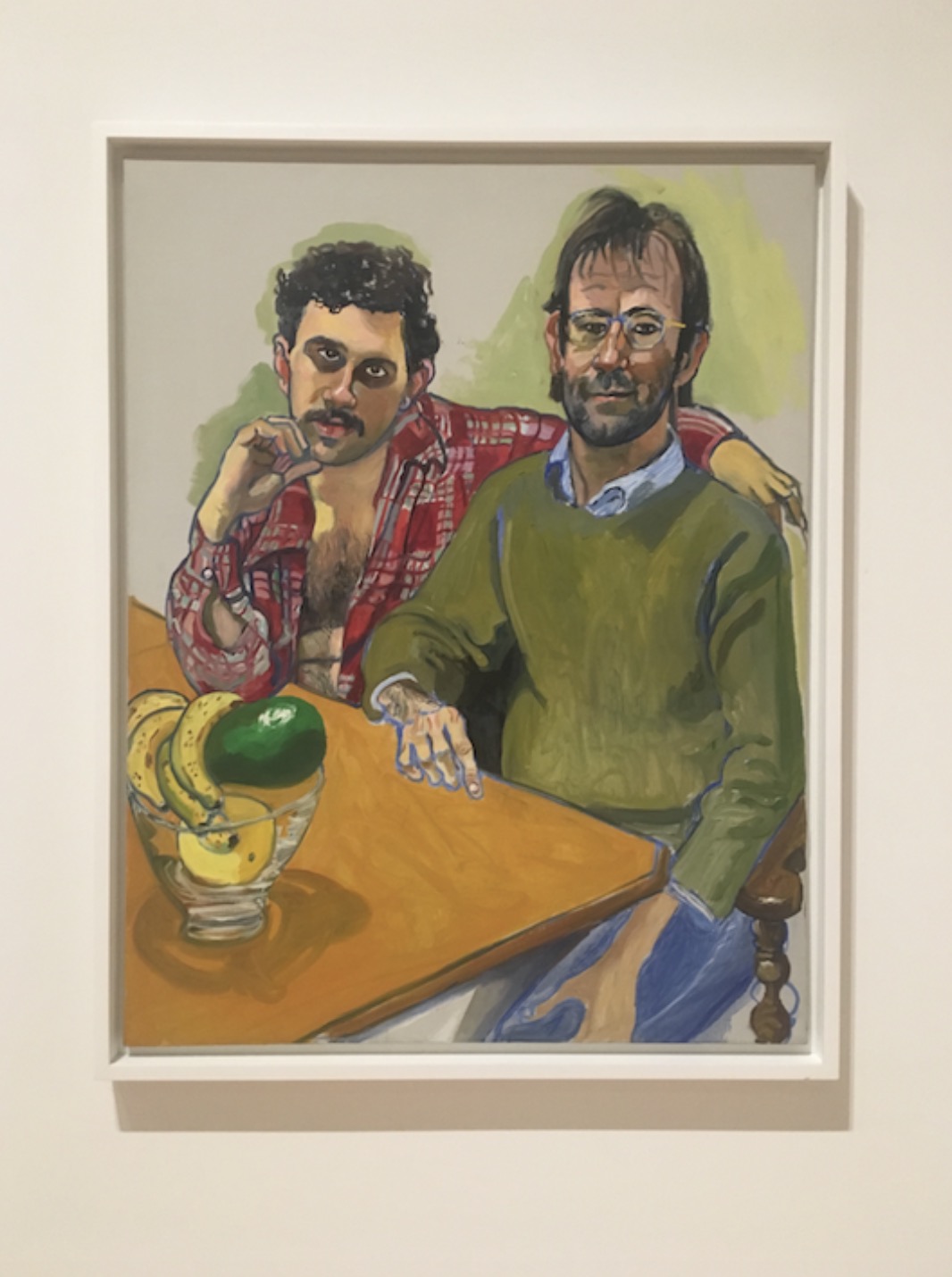 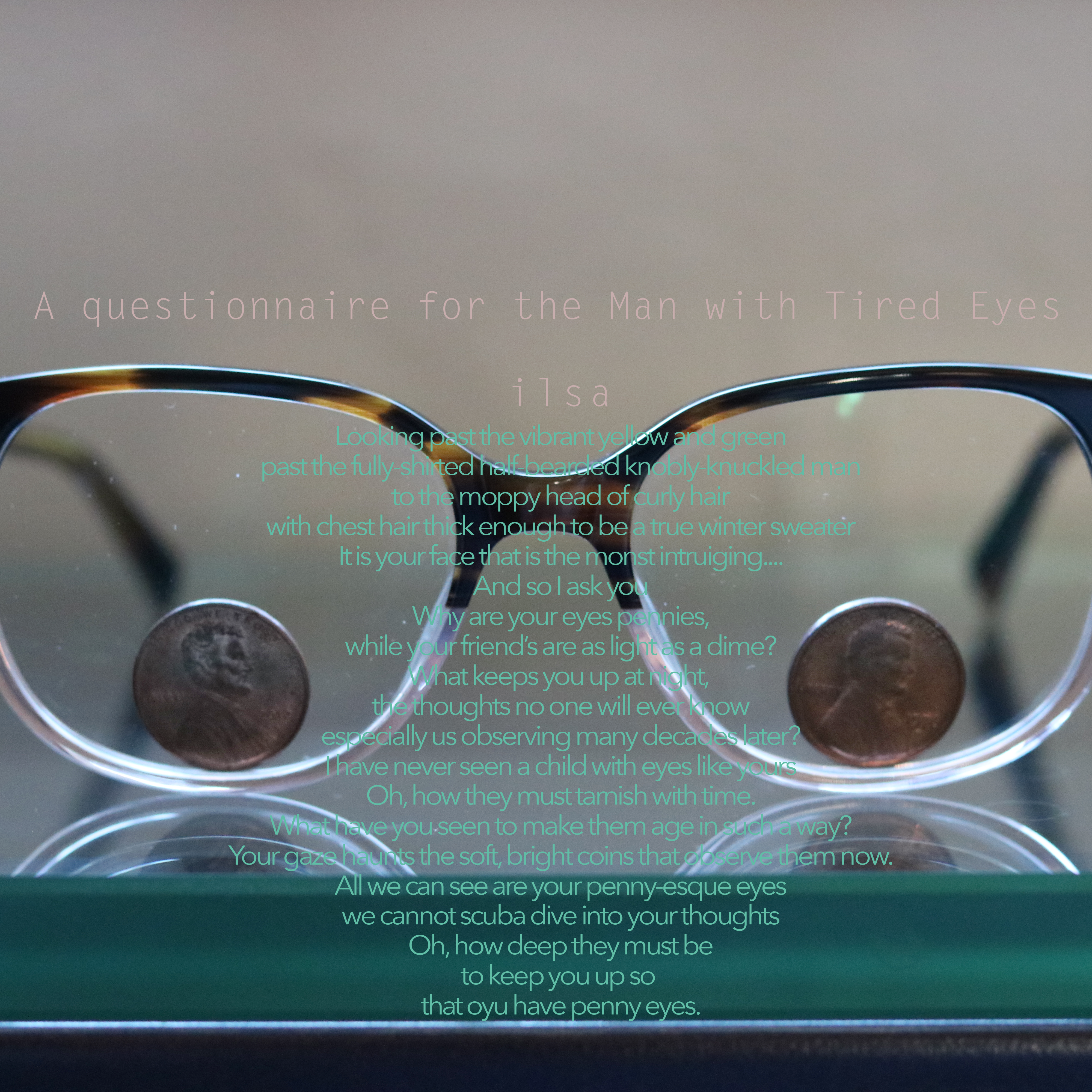 An exquisite corpse is a collaborative and collective composition where each person is responsible for a fraction of the project which, when pieced together, is a fluid composition. In English we were put in groups and we each wrote one line of poetry on the same piece of paper, with only being able to see the line of the person before us. We then had to use our cameras to take an original photo that went along with our own line. We edited this image in photoshop and recorded ourselves saying your line. We then put each of our group member’s photo and audio together in After Effects. Each production consists of the same material, but is completely different because After Effects gives a lot of option as to how you can edit a video, so none of ours are the same.

This video was compiled in After Effects by me, each verse was written by a different person in the group and we each chose and edited our own photo to go along with the verse.

Producing my own poems in various forms was beneficial for me in more ways than one. To state a couple, I, Through being introduced to new applications and using the cameras for the first time, learned what my ideas formatted into a project would look like as an end result based off of which application I used. As well as this, I also learned that good poetry does not necessarily come easily, and there are a lot of techniques and brainstorming practices that add up to an exceptional poem.

It was a really fun experience to learn not just how to use a DSLR camera, but how to apply techniques to actually take good photos. Some test shots were really good but not perfect, which is when Photoshop came in handy! Photoshop is complex but incredibly helpful to morph an idea or photo you have into specifically and exactly what you want it to be. Learning the techniques for Photoshop have given me a greater understanding for the world of possibilities there is to create a piece that is uniquely yours.

This is the very first full animation project that was assigned. We had to make a classic flipbook using only geometric shapes and we had to display an emotion without using text or punctuation.

This project required us to use a variety of techniques in an animation video. We could choose to use two of several ways to create the video which were paper cutouts, charcoal on paper, whiteboard marker, paint on glass, or sand. I chose to use paper cut outs for my spaceship animation, and charcoal for my candle animation. The focus for me here was learning to animate a “follow through” action as well as Principles of Animation.

This was one of our first animation projects, where we were focusing on what a simple round of an animated action looks like. This wheel is called a Phenakistiscope Wheel. It is one of the earliest known forms of animated entertainment. 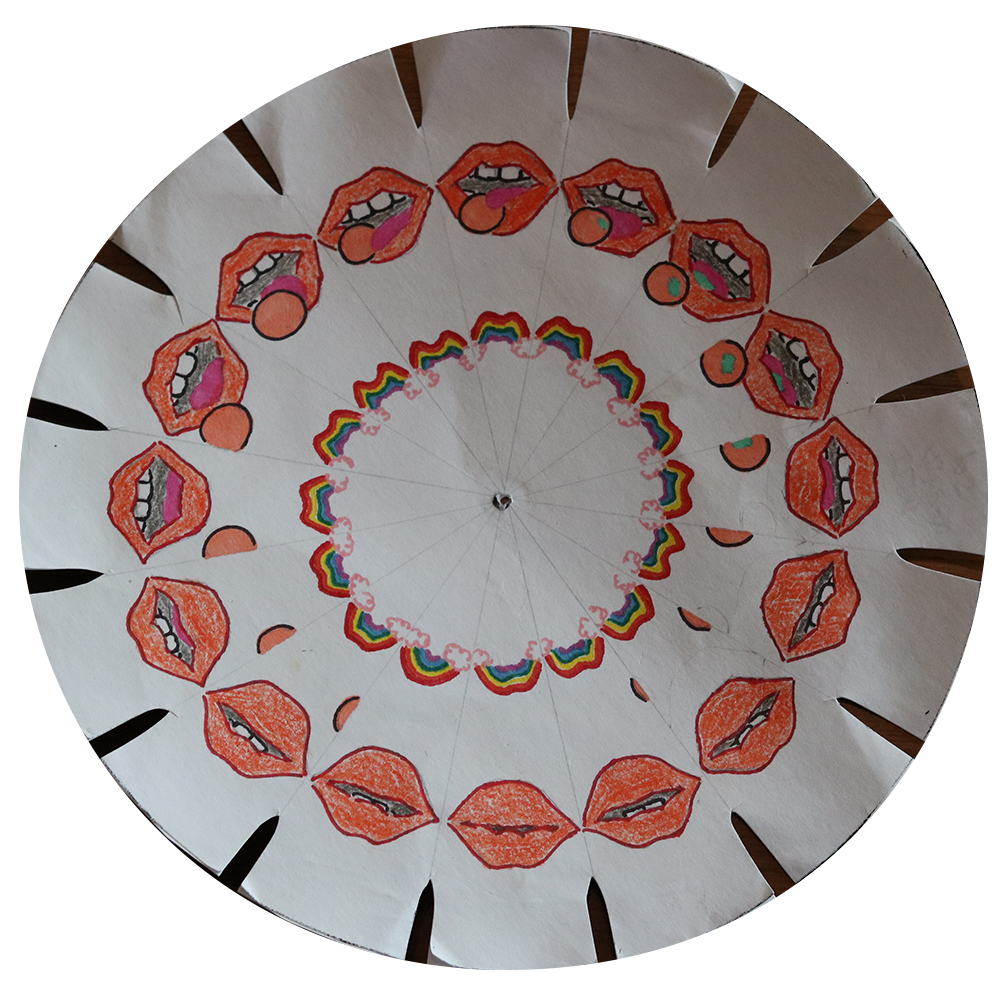 As I wrote earlier, an exquisite corpse is a collaborative and collective composition where each person is responsible for a fraction of the project which, when pieced together, is a fluid composition. I was responsible for starting my animation on the person in front of my animation’s last frame. My ending frame was the person after my first frame. This created a fluid and whole animation. I also had a frame in the middle of the two frames I was provided with as prompts (my first and last frame) in order for me to have a better idea of where my animation needed to end up.

This is my fraction of a group poem animation. My first frame is the last frame of the person before me, and my last frame is the first frame of the person after me. I chose to do this animation with paper drawings and cut outs. This was my favorite project because I really love my end result. This is 315 frames of my drawings with no cuts, so every scene had to have a transition. It was hard work to draw so much and cut out so much, and come to class ready to animate, not knowing at all how it was going to look, but I was so pleasantly surprised with how my production turned out. I recorded my voice for my fraction of the poem “Lies About Sea Creatures” by Ada Limón and edited it together with my animation (done in DragonFrame) in Premier Pro.

Animation requires a lot of repetition, patience, and planning. I learned that ideas I’ve had can actually become real, and it is so rewarding to see my drawings and sketches turn into short films. I learned how to use DragonFrame, which is the same application the creators of “Coraline” used. It was difficult to learn but so cool to understand all the little details that are required in order to make an animation. It was fascinating to learn about Animation Principles, Principles of Design and Elements of Art, and intentional motions that catch the eye to create moods, emotions, and other aspects that make for a good animation or production. More work than I could have guessed goes into animating and it is really cool to see my ideas come to life.