Skip to the content
In English, we were forced at gradepoint to make a good narrative. In other words, this was good motivation to craft an amazing story. We had to combine different mediums such as audio and writing.
My story revolves around a character named “Jimmy.” No, it is not human, but a 13D being who makes a simulation of a universe that happens to have humans in it. The story might seem a little dry, but I had a lot of scientific and philosophical inspiration for this story.The more contemporary inspiration would be the trend of people thinking that we live in a simulation. I also reference string theory very subtly in the beginning, but the main one is using gravity as a metaphor.”At first I thought that the universe was revolving around me, but now I see that we were revolving around each other.”To produce this wonderful narration, I crammed myself into a closet, shut the door and began recording in an uncomfortable position. To add sound effects, I learned and used Adobe Audition. This process from transitioning from writing to audio was simple because my story was setup to be read aloud.

The entire scenario is impossible to describe with three dimensions and one time dimension, therefore I will transcribe this story figuratively. Here it goes:

Jimmy was using a new computer which was bought irrationally and was certainly at least two-hundred times more than Jimmy’s net worth in twelfth dimensional currency. The computer had the latest hardware with a 1% increase of performance of its last generation.

Despite the heavy price tag and the specifications, the computer had one purpose: simulate a universe for Jimmy. Jimmy wanted to be in control of a universe; it was not an uncommon trend where Jimmy lived. All Jimmy had to do was program a universe. It had to design the elementary particles and how they interacted with one another. This was not a challenge for him because the universe was going to be in three dimensions.

This computer could clearly handle what I’m trying to do, Jimmy thought to itself as it polished the side of the computer. Jimmy proceed to boot the programs it needed to use to make the simulation. Jimmy had enough experience and time to build a simulation from scratch. When Jimmy had finished the code, Jimmy ran another program to find flaws. Jimmy repeated the process until the code was flawless. Jimmy, satisfied with its work, executed the simulation and laid back on its twelfth dimensional chair. Jimmy could see the universe slowly form out of the fixed universal protocols Jimmy set for it.

Swirls of light, like a glowing dust devil, sprung from the void-like canvas in a flash. The light started to dance, breaking its form from a hurricane to a ballerina. Gases spewed from the center like a violent volcano. Jimmy couldn’t take his eyes off the screen. Suddenly, the light disappeared as some fog dispersed through the color.

The universe had suddenly flipped the switch and all the light turned quiet. There was a fog that killed the light, and started to spread, filling up the void in a meaningless conquest.

However, the same things happened over and over again. It was a never ending light show, but the same bursts of entertainment started to make Jimmy squirm in its seat. For the first time, Jimmy was looking away from the screen, yawning in an incomprehensible twelfth dimensional fashion.

However, Jimmy’s attention was slowly drawn to a small blue dot in the middle of the dot’s observable universe. It wasn’t the dot that fascinated Jimmy because it had seen more dots than his twelfth dimension mind could comprehend. Jimmy saw tiny creatures move around on this ball. Jimmy was suddenly intrigued by something so small and so seemingly insignificant. To him, it was significant because it broke the monotony of seeing things going boom.

Hmm, maybe I could play around with these little beings. Make them do a dance around a statue of me, Jimmy thought. It swiftly rattled its keyboard like controller and played around with their minds. It was able to make the beings construct temples out of dirt for Jimmy’s entertainment. This was the first time that Jimmy experienced a certain feeling. Before, he was watching the universe from afar, but now Jimmy was a part of it.

It wasn’t long in Jimmy time that the beings started to understand the underlying protocols of the universe. The beings started to play with explosions and patterns bigger than themselves. Jimmy knew the humans couldn’t die even if they wanted to, so Jimmy let them play around. After all, it did want to see where those beings were going to go with their endeavour. The beings were quite fascinating to Jimmy. They enjoyed slamming each other, make sounds that were completely irrational, tripped over themselves, and put weird stuff into their mouths. Most importantly, it made Jimmy wonder, That’s possible?  Clearly Jimmy added something that it didn’t notice. Jimmy recalled that the beings were following the patterns strictly. The code was checked several times through obscene measures.

Jimmy suddenly realized something about his program too late. The beings understood the rules and exploited them. To Jimmy’s dismay, the computer started to fizzle and a burning smell filled Jimmy’s twelfth dimensional room.

The humans crashed the program.

Why would they do that to themselves?  asked Jimmy, why would they go so far only to die by their own hands?  There was a bug hidden deep within the code. A single contradiction within the haystack that lit the straw on fire. Jimmy flung itself onto the floor and contemplated how distraught the feeling was when the program crashed.

Two Jimmy years was the time it took to make the universe program. A few Jimmy seconds was enough time for the humans to crash it. The logic of it seemed fuzzy to Jimmy. Its new computer was flawless, but the code wasn’t. Jimmy couldn’t have prevented it. The rules in the universe were set and unchanging except for one thing: Jimmy, the rule maker.

Jimmy first thought that universe was revolving around itself, but without the universe, Jimmy was alone. The smoke pouring out made Jimmy’s alien eyes tear up. Jimmy sat on his twelfth dimensional chair staring at his twelfth dimensional computer that was giving off smoke that even Jimmy couldn’t comprehend. “The universe crashed,” Jimmy whispered to itself. It wasn’t sure whether this phenomena could have been explained in Jimmy dimensions.

On the corner of its eyes, Jimmy saw his old computer. This gave Jimmy a chance. Maybe if Jimmy fixed the bugs, the humans wouldn’t die. Jimmy quickly booted the program again after plugging in his old computer and nailing the bug. Jimmy knew that if another bug were to arise, the humans would find it. Perhaps, Jimmy thought to itself, the universe wasn’t revolving around me; we were revolving around each other.

We learned how to make header banners in CSS. Coding in an arts program? WOW!The illustrations I created for the section banners are not really related to the story, but they look kewl. 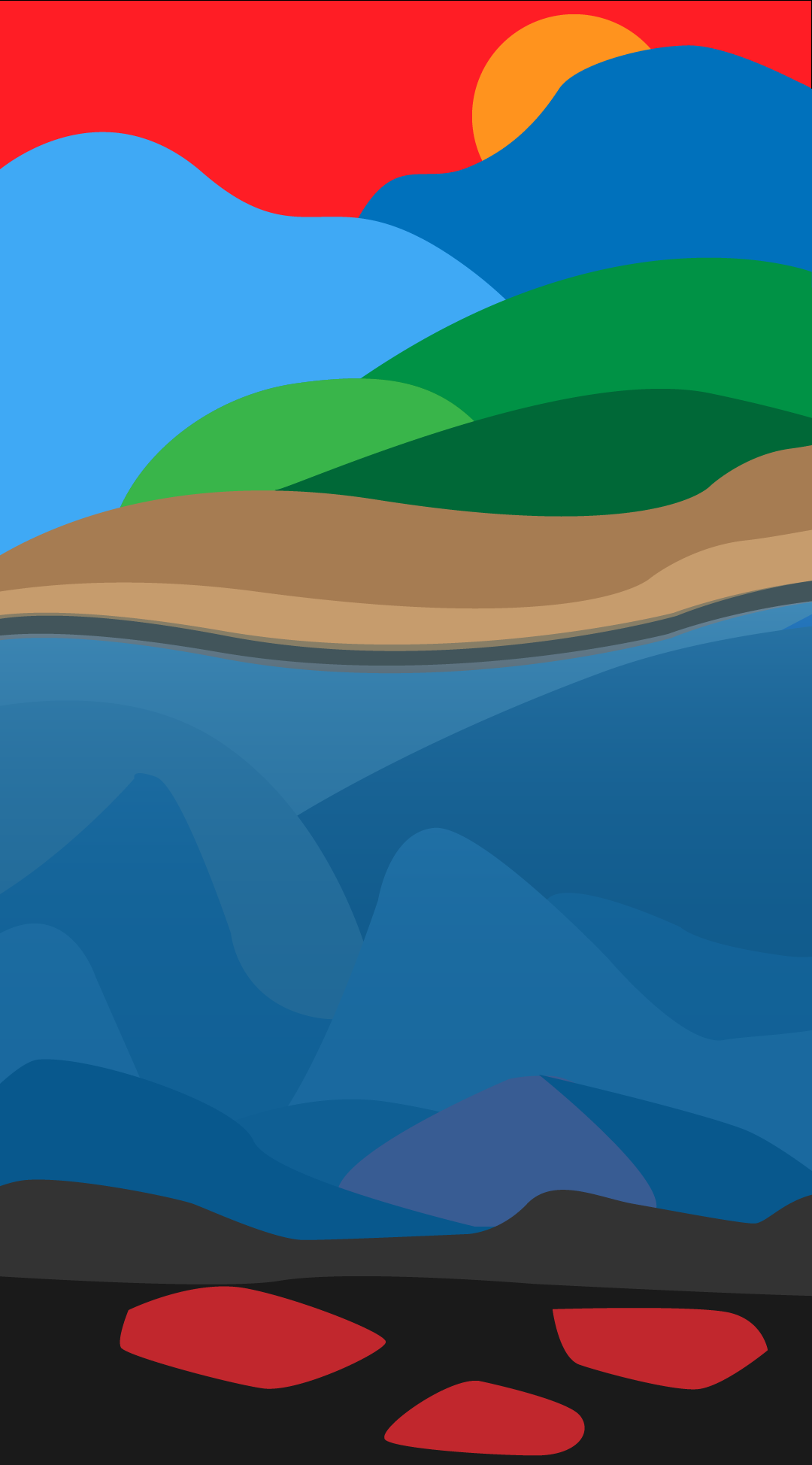 This is my personal illustration. I just decided to make a sort of vertical panorama of a landscape because it looked cool
Animation stuff:
We were tasked to use our new fandangled animation skills to produce an animation in groups. 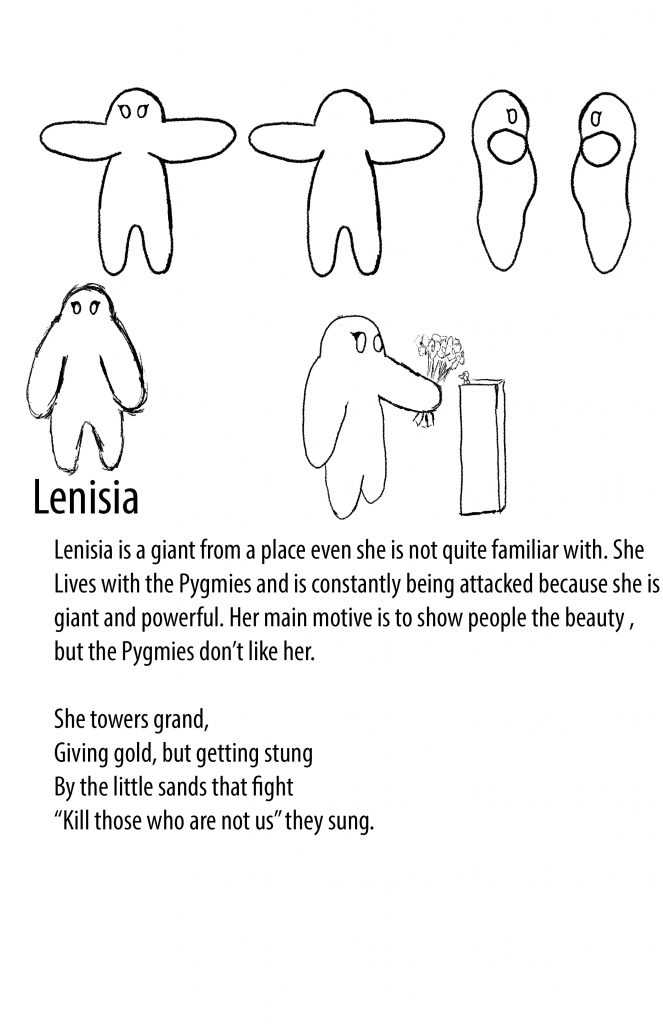