Our first unit was the conceptual unit where we dove into abstract thinking to learn about unconventional ways of expressing ourselves.

The Photo Haiku project was where we had to write a haiku based on a random concept statement we were given and pair it with a photo that would display the meaning of the haiku in a metaphorical way. Afterwards we made a video version of our photo haiku in Adobe Premiere. My concept statement was “The feeling of denial, through the experience of standing up for myself.” 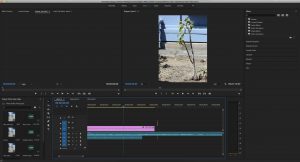 I appreciated how this project taught me about thinking metaphorically. We weren’t allowed to be cliche with our photos or poems so we had to think of new ways to get our message across, some of those ways I wouldn’t have thought of otherwise. I also appreciated how this gave us a more in depth look into haikus than we’ve had before. Before we only really learned about the 5-7-5 pattern and the fact that it usually has to do with nature. However, this year we learned about more aspects of haikus such as the Kigo(Seasonal word) and the Kireji(Cutting word).

We also made many different poems other than the haiku. We recorded our two best ones to put them on SoundCloud.

An exquisite corpse is a joint piece of art that is created by each collaborator adding something but each person can only see the part that was added by the person before. We did this with poetry in English and to say the least, it came out interesting. It started out as someone’s story of being trapped, then it evolved into being about spaghetti, then it ended as a poem about the millions of people dead. 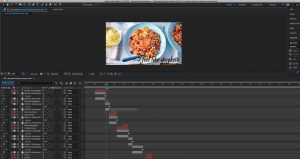 I appreciated how the poetry unit got me thinking about more types of poetry. I had no idea what an exquisite corpse was before we did it in class. 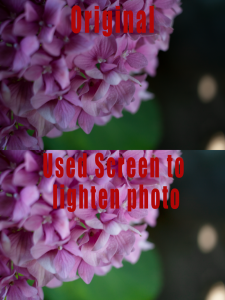 I really appreciated how I got to learn a lot about editing images using photoshop. Now I’m going to be able to be a lot more proficient when it comes to making really cool and visually interesting photos. Or, if i want to make dumb memes I can do that too.

In Design we created photos based on our concept statements. 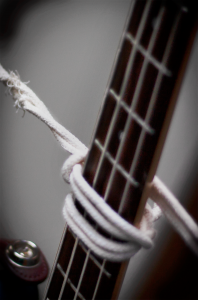 I am exploring the feeling of denial through the experience of standing up for myself.

The two objects in my photo are a bass guitar neck and some frayed rope. The neck is suspended in the air and the only thing holding it up is the rope, which could give out at any moment and the bass would fall to the hard ground. The photo is composed with the neck going diagonally through the middle and the rope is coming from the upper left with the frayed part in the upper left hand third of the shot. The white background creates kind of a spotlight almost, shining on the objects, which reinforces the sense of aloneness someone can have when they have to stand up for themselves.

In the photo the two objects represent the two parts of my concept statement. The frayed rope portrays the feeling of denial while the bass guitar neck represents the experience of standing up for myself. When you’re in denial at any moment you can shatter and the beliefs you’re clinging to will fall. This is like how the rope is clinging on to the neck but at any moment it can give out. The guitar neck represents standing up for myself because that takes a lot of strength and a bass guitar neck needs to be very strong to resist the tension from the strings.

Throughout my time at Freestyle, I’ve learned a lot about using Photoshop to enhance my images and make them more interesting. In Digital Media I learned about using overlay and blend tools to make a photo darker or lighter and to make things stand out. I applied this to my photo by using the overlay brush blend tool to darken the background and make certain elements stand out. I put it on the rope to give it a glow as well as on the bass strings so that they stood out from the fretboard.