Skip to content
Through the Narrative 1 Unit, I had the opportunity to expand my knowledge of Adobe products in both Digital Media and Design class. I learned the aspects of Adobe Illustrator, Adobe Audition, Adobe Photoshop as well as Pro Tools. I used each of these applications in a variety of ways to express my creative ideas. By doing this, I created several illustrations, including my creature and background for the Narrative Project in Design. In addition to this, I learned how to write short stories in English, learning how to create engaging plots, while fitting it into a few pages.
Applying my new knowledge in these products has assisted me in my creative process in so many ways. I improved significantly as a storyteller and digital artist. I did this through learning things such as finding the best-fit color scheme for the mood of my art, adding sound effects to audio recordings making them more descriptive and intriguing, and mixing my own music using Pro Tools. I also accomplished simple things like learning keyboard shortcuts, how different brushes work on Illustrator, and how to add code styles into a website to make it uniquely my own.
The assignment in English was to write a short story. As we learned each day how to better our writing, we also began to create a character of our choice. We constructed an entire life for this character beginning with simple things like their name, where they live, how old they are, and then slowly moved more in-depth, with things like what did the character want, but what did the character internally need. With the help of Mr. Greco, we revised our character and outline to assure ourselves we would write a great story. My personal inspiration for this story was from a television show called The Fosters. My short storyline is about a girl, about 17 years old, named Jessica. Throughout the story, Jess navigates her way through a new home, and finds people who truly care about her.

This is a screenshot showing my process in adding sound effects to the audio recording of my short story. I used Adobe Audition to import my audio for the short story and then imported different sounds pertaining to the several actions in my short story. 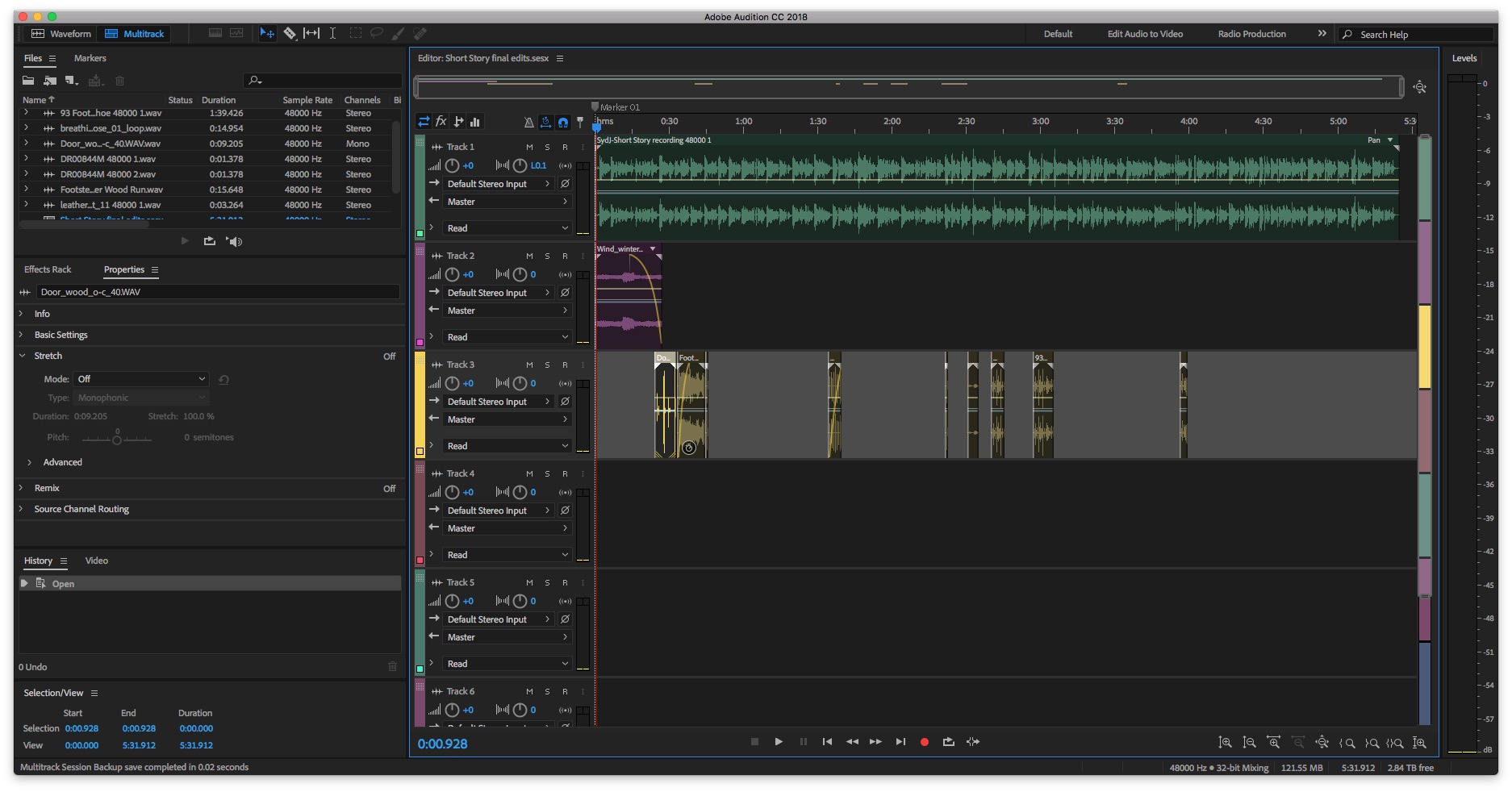 The piercing wind hit Jessica’s pale face when she stepped outside. She immediately remembered once outside the door, that New York in October wasn’t the same as the seemingly endless summer temperatures back in California. Southern California was all Jess knew, as she had been living there for the past 16 years of her life going in and out of the foster care system.
Instantaneously, Jess walked back into the house in her sandals and shorts and decided to find something warmer. She quickly ran up the ivory stairs to change her outfit. Her fluid, dark brown hair flew in all directions as she went up to the second floor. Flinging open the small drawer given to her to keep her belongings in the hallway closet, she didn’t have a hard time finding the one pair of jeans she owned. They were her favorite and only pair, slightly ripped due to the amount she had worn them. Jessica never really considered having a wardrobe like the other girls she had met throughout her life because of the constant moves from one foster home to another. Likewise, she never even considered unpacking the very few belongings she owned because she expected to be moving within a couple weeks.
It had been years since Jess had finally given up on the thought a set of foster parents might want to adopt her. Although it was discouraging at times, she learned to find sanity in being alone and not expecting anything permanent. Walking down the stairs in her jeans, she noticed a pair of UGG boots with a note that read ‘Jess, I hope these fit! Have a great day at school honey! – Sarah’ She read it over a couple times through not managing to understand why this woman, her new foster mom, was being so generous to her. No one had ever gone out of their way to think about her, let alone spend their time and money on her because they never had the intention of housing her for long.
She had only been in this new home for about two days and felt more comfortable and cared for than ever before. Sarah and Glen Bergman were the names of her foster parents.  With a gleaming smile on her face, she sat on the bench just beside the door and slid on the warm, chocolate brown boots. As she opened the door to leave for school, she caught her own reflection in the mirror, catching herself staring directly into her own bright green eyes and took a deep breath. Although she had done this many times before, it was something about the first day at a new school that always made Jessica feel uneasy. Hoping for the best, she walked out the door once again and started down the street towards the subway station.
Jess managed to get through the school day no problem. It was nothing out of the ordinary; new people, teachers, and schedule. The sun was setting when Jess walked up the sidewalk leading to the house. It had been a long day and she was ready to eat something and then crawl into bed. When she arrived home, she peered through the door, not sure if her foster parents had gotten home from work yet. Surprisingly, she found them sitting in the living room awaiting her. They held a package envelope that had already been torn apart but put back together. It looked heavy as though it held a big book or a huge stack of papers. She didn’t know them well, but anyone could’ve recognized the uncertainty on their faces. They greeted her and asked for her to sit down with them.
Although it had only been a few days, she figured she may already have been put in another home, or that Sarah and Glen couldn’t handle the responsibility. She started wondering if she would stay in New York and if the new parents would make her feel as welcome as Mr. and Mrs. Bergman did. Saddened, she lowered herself onto the leather couch, as it sunk underneath her.
Sarah began. “Jess, we want you to know that we think you are a wonderful girl and that anyone would be so extremely lucky to have you stay with them”.
Jess sighed, as she thought to herself the next words that would come out of Sarah’s mouth.
“And we would feel honored to be able to adopt you if you would like that!”, said Glen in excitement.
To her astonishment, Jess stared at them for a solid minute, wondering if she had heard them correctly. Eventually gathering words, Jess leaped from the couch and hugged them both. Her smile beamed from ear to ear. So many questions flew through her head. After a long conversation with Sarah and Glen over dinner, Jessica found out that Sarah and Glen had lost their daughter, Hannah to a car crash 2 years ago. They explained to her that they had finally gotten through the majority of the grief and decided to find a silver lining in all the bad. They wanted to bring a better life to someone who deserved it while they still had time. Jessica respected them for this and couldn’t have been happier they had chosen her. Laying in the bed after dinner, which she now could call hers, she took a deep breath and decided things were going to be okay. She had never once experienced what it was like to feel loved and cared for and realized this is what she had needed her entire life to feel truly happy.
Adobe Illustrator served a huge role in my Narrative unit experience. I initially learned the basics of Illustrator in Digital Media, and soon after, perfected my knowledge in Design class. In Digital Media class, I created my own personal illustration as well as banners for my Narrative webpage.

For the banners below, I illustrated a series of two hands holding one another in different ways. I wanted to challenge myself with a difficult subject as well as having a very simple/aesthetic banner. 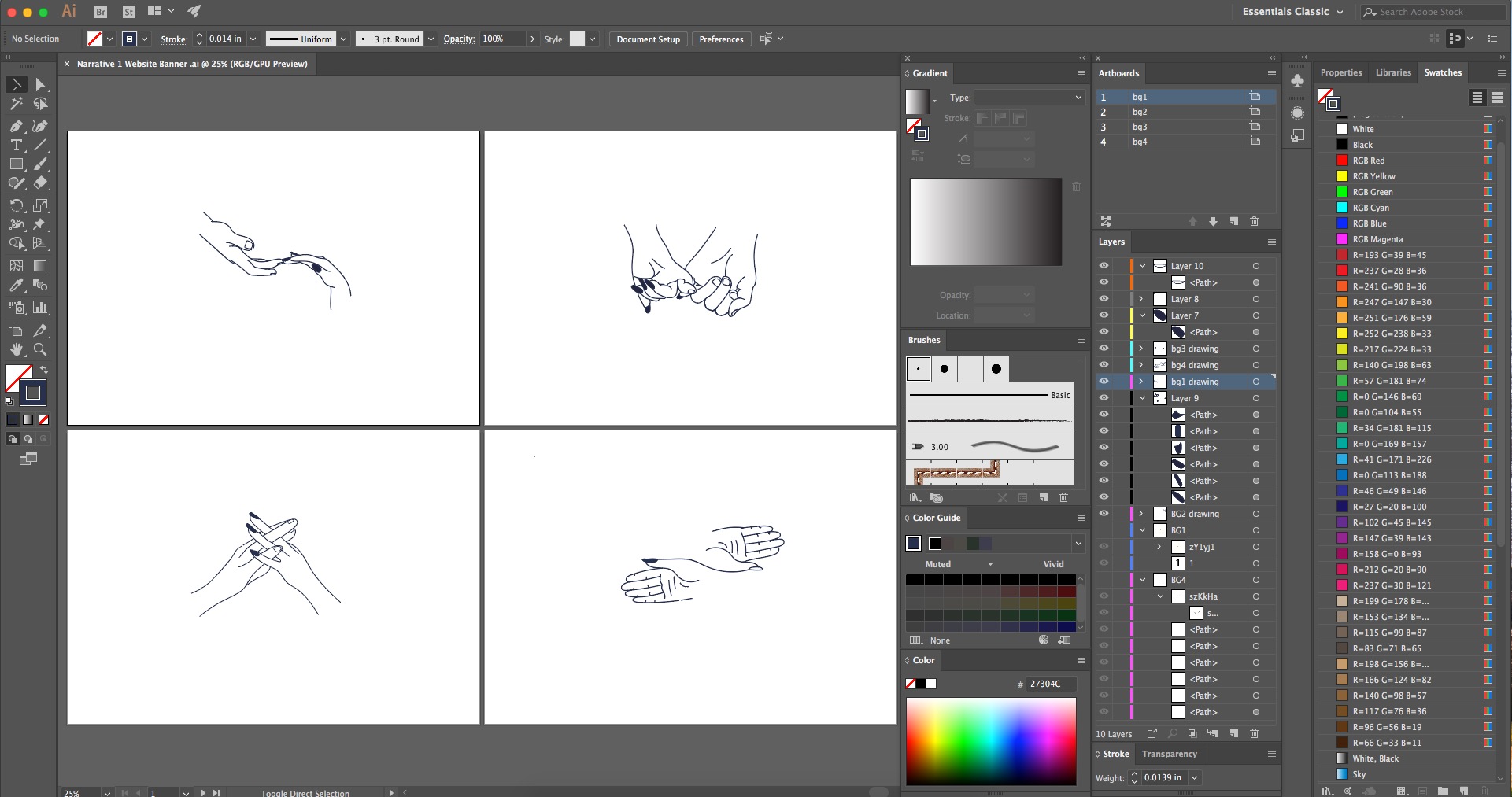 The illustration below, created on Adobe Illustrator, was inspired by the artist’s interest in drawing people’s faces and emotion. The drawing consists of a single woman, drawn facing separate directions. The direction shows the idea of opposites, while the dots of blue and red represent two separate perceptions or emotions coming from the woman. The blue dots symbolize a kind of calm, tranquil feeling exemplifying more joyous, peaceful feelings. The red, depicts almost entirely the opposite, suggesting her dull, broken side. The artist intended to illustrate the two sides as equal suggesting that both ways of feeling should be expressed. This piece was created through Illustrator, using several brush sizes, opacities, and colors. 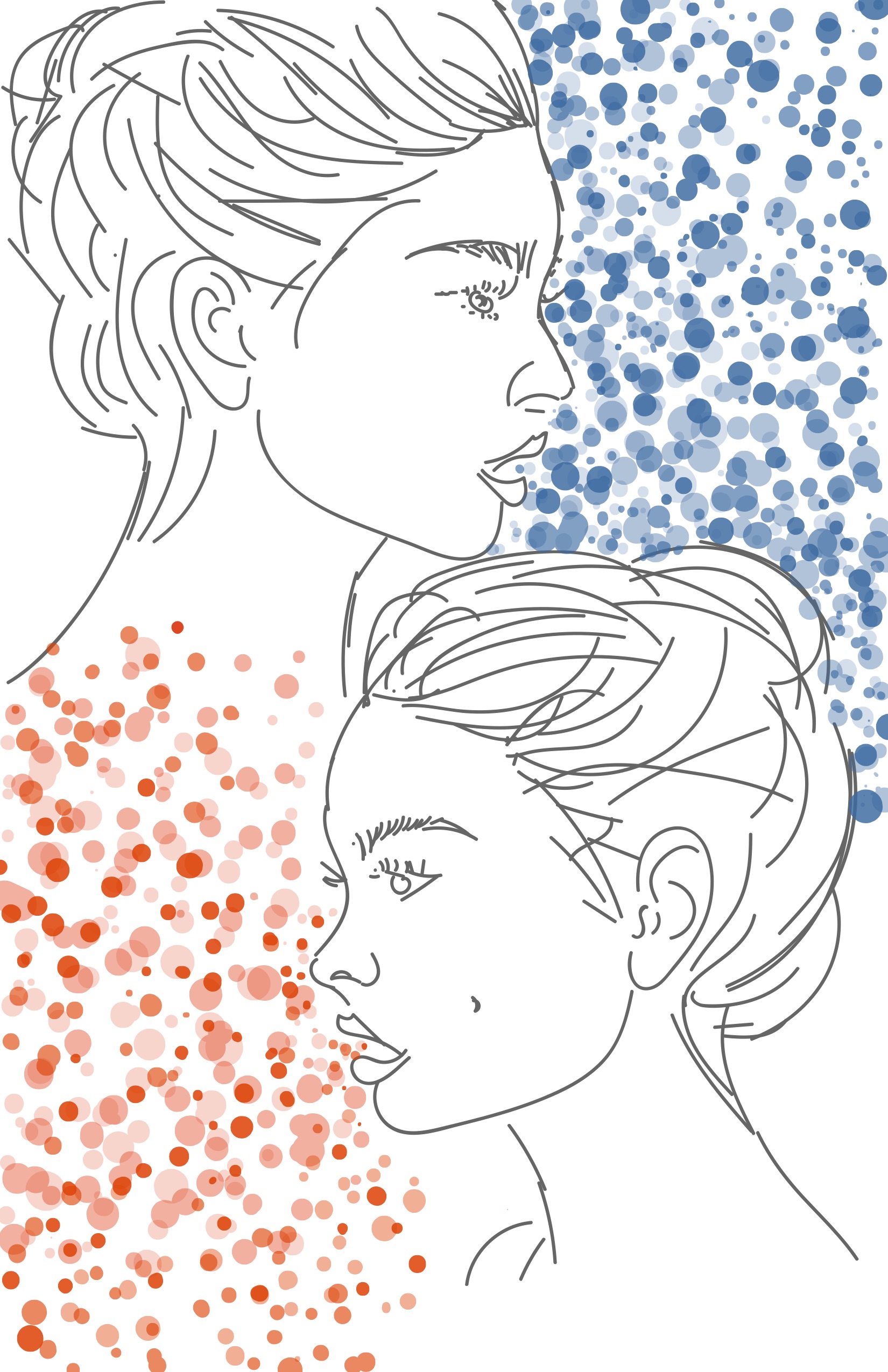 This is the album art I created for my short story recording. I decided to illustrate Jessica’s noticeable bright green eyes because it was an intriguing image to draw. In design, we learned everything from learning how to properly blend with colored pencils to being professionals at navigating our ways through Adobe Illustrator. Here are some of the things we have worked on during the first semester and the beginning months of the second. 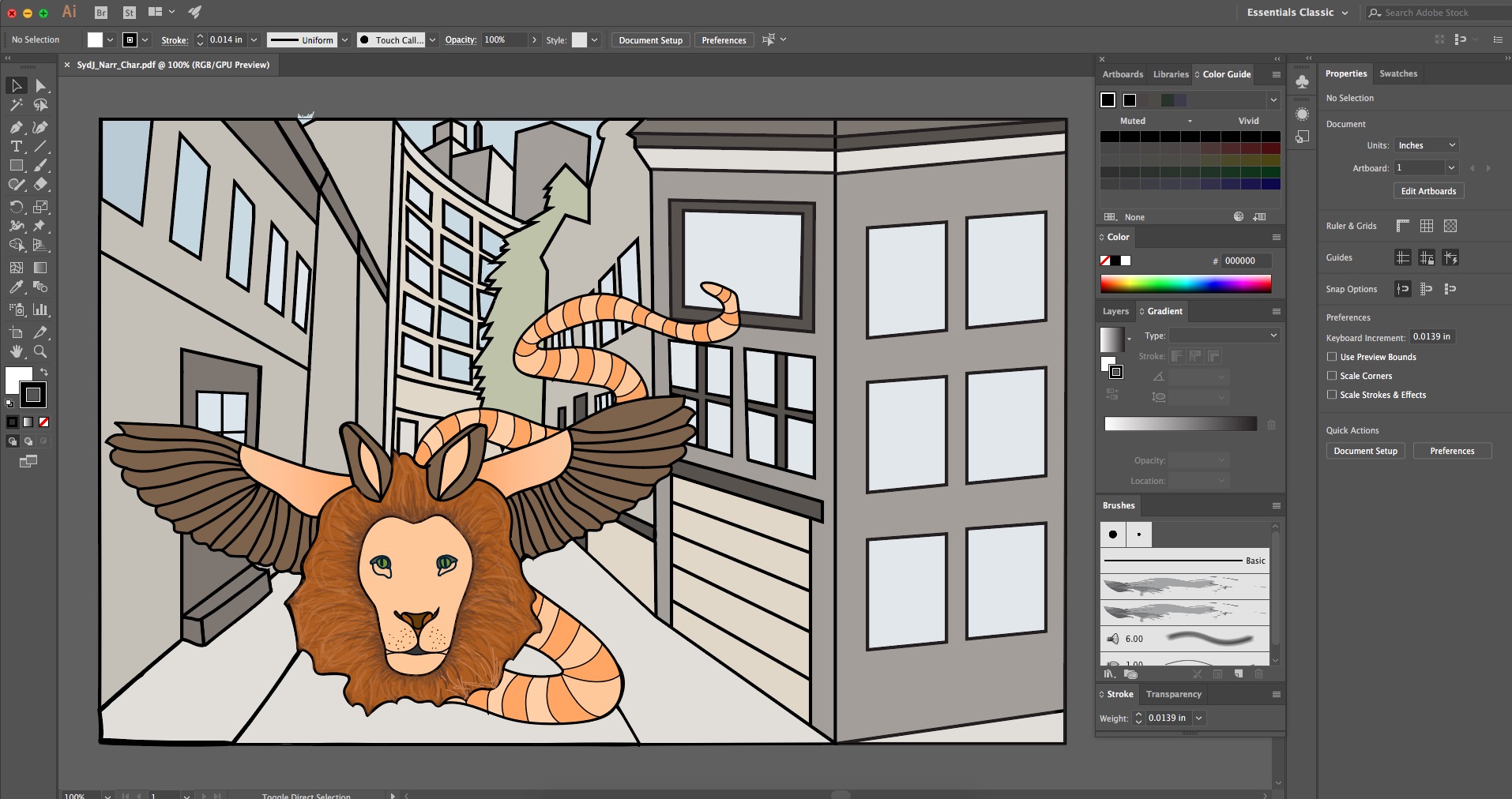 The short story I wrote in English is about a foster child named Jessica who moves into a home in New York. As Jessica experiences a new life in a city, she searches for a more permanent lifestyle with a family that loves her. I illustrated a city environment as my background to represent New York. The color scheme I used for my setting consisted of blue and orange tints to keep the background muted. In the story, Jess is shown as a strong, independent and fearless girl. She has fierce, engaging, bright green eyes as well. After creating the scene, the prompt for this project was to combine several animals together to create a metaphorical creature that represented my main character. I combined a lions head, snake tail, owl wings, bunny ears, and bright green cat eyes. The lions head and snake tail represent Jessica’s strength through rough times. I used owl wings to show the courage Jess had when moving into a new home. The bunny ears express the sensitive side she has, just wanting loving parents. Bright green eyes were her most distinguishing characteristic in the story, and I felt the illustration would not have been as intriguing without that detail. Although this was an individual project, I wouldn’t have been able to do it without the help of all my peers. We started the project off with nothing but our own creative ideas and sketchbooks. We then discussed our ideas as a class and gave each other feedback. From there, we went on the internet to find animals and environments that matched our stories and began to blend in Photoshop. Using Illustrator, we learned how to trace and draw our scene. We all quickly learned that the use of several layers on each artboard was crucial to our success. Throughout a couple of months working on this project, I learned how to use Adobe Illustrator, work with color schemes, and collaborate creatively with my peers. 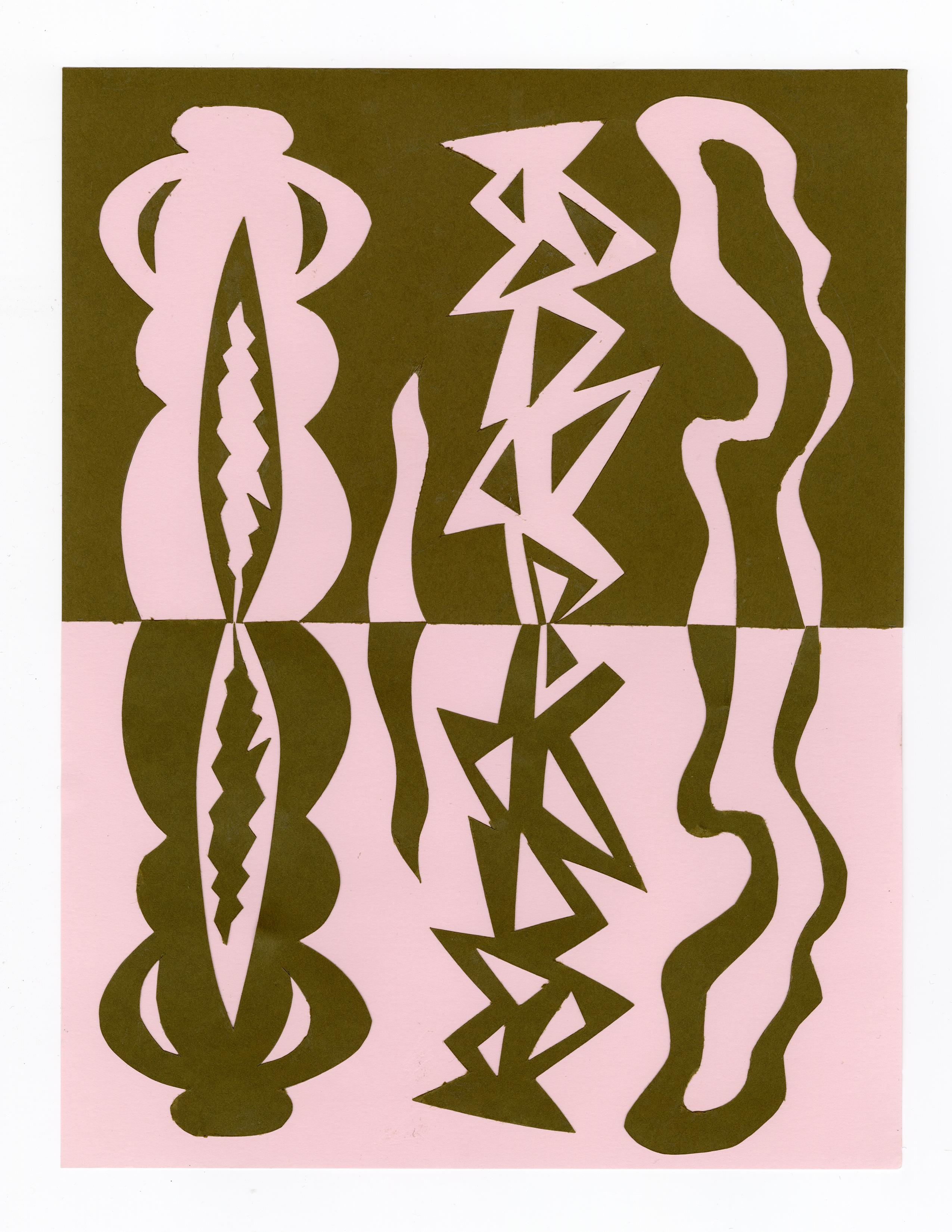 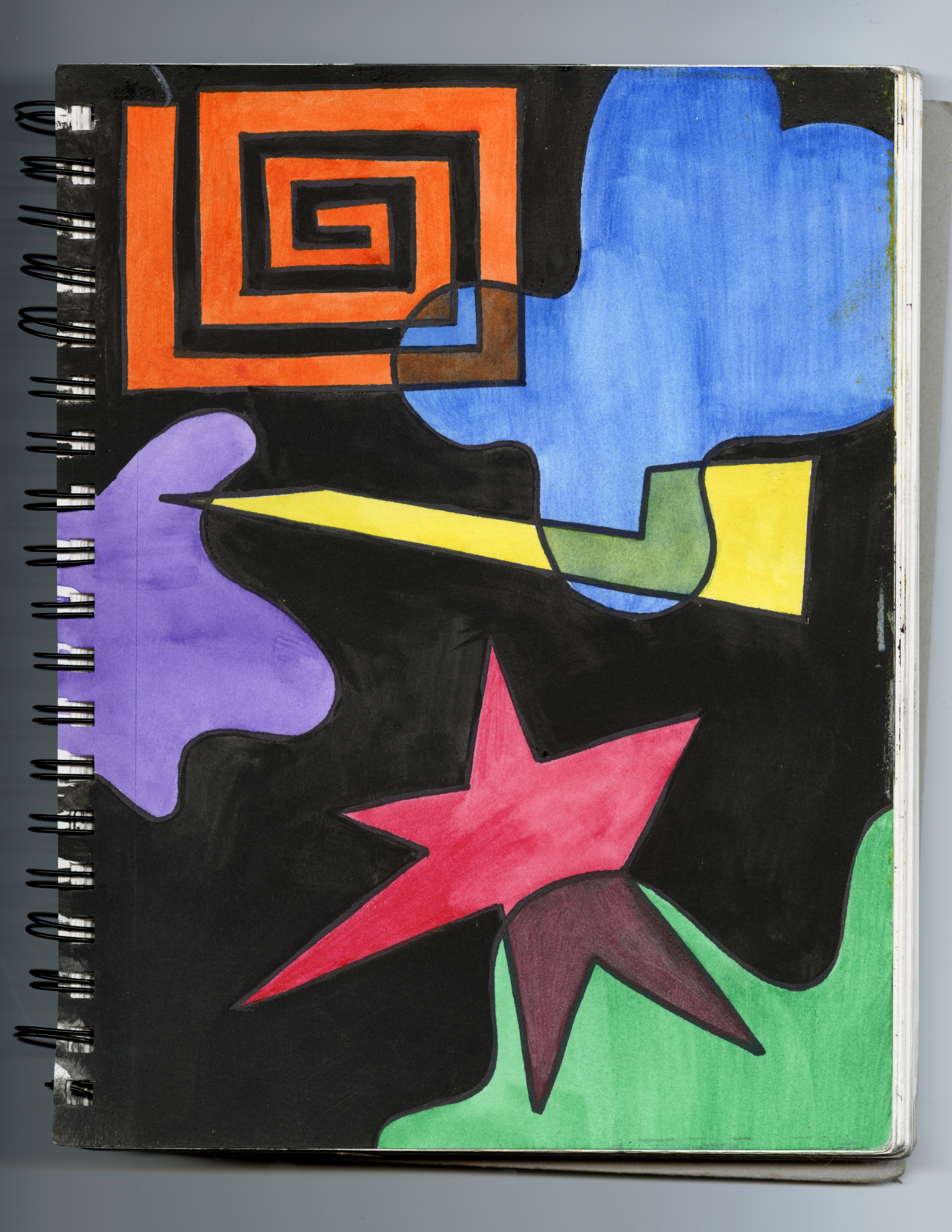 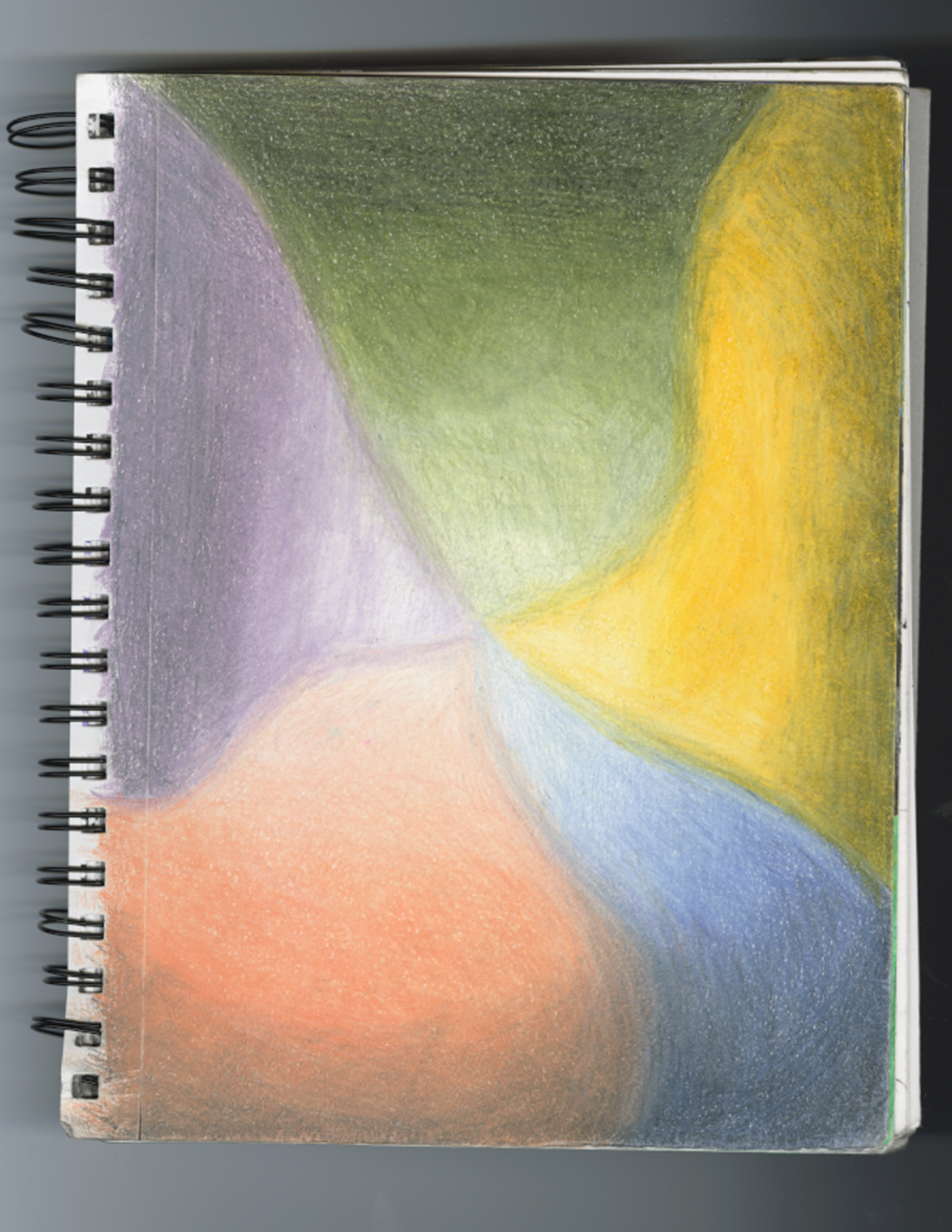